Delhi's fighting win over Kings XI Punjab was just the kind of boost the side needed after losing close matches.

Visakhapatnam:  Having snapped their prolonged losing streak, Delhi Daredevils would look to carry forward the momentum when they take on Sunrisers Hyderabad in their IPL cricket match. Delhi’s fighting win over Kings XI Punjab was just the kind of boost the side needed after losing close matches against Rajasthan Royals and Chennai Super Kings. Sunrisers Hyderabad vs Delhi Daredevils, IPL 2015 Preview: SRH, DD look to get IPL 2015 campaign on track

The batsmen have done well so far and the team was actually in position to win all the matches but luck was not on their side. However, now that they have the monkey off their back, Delhi would look to continue the good work. The best thing to happen to Delhi is the prolific Yuvraj Singh finding his rhythm and touch back.

Against Punjab, he along with Mayank Agarwal, stroked as well as he has been in his glorious past. When in free flow, the left-hander is still one of the best strokemakers to watch. SCORECARD: Sunrisers Hyderabad vs Delhi Daredevils in IPL 2015 Match 13

Delhi’s strength is its top-order, which is also Hyderabad’s strength. So, the team which handles the conditions better will come out winners. Hyderabad have already played a match here on Thursday, losing to a rampaging Rajasthan Royals. It will be interesting to see on which wicket the match is played tomorrow as the strip for Thursday’s match was difficult for stroke-making.

David Miller and Shikhar Dhawan are both in good touch and have been timing the ball well. Young Lokesh Rahul also showed good temperament against Bangalore, chasing a big total. If the wicket is yet again difficult, patience would be key as was shown by Rajasthan batsmen on Thursday. Ajinkya Rahane was a prime example shunning big shots and keeping the scoreboard ticking with singles and tows. Imran Tahir would be key to Delhi’s plan once again. The South African leg-spinner has so far taken eight wickets for Delhi. 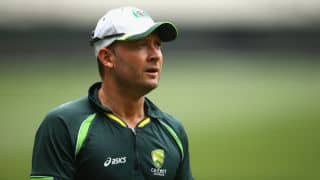 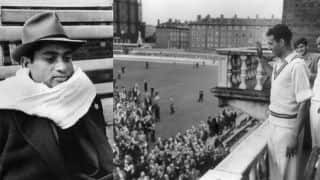