St. George’s (Grenada): Skipper Denesh Ramdin says the West Indies paid the price for losing six wickets in the first session on the final day of the second Test against England here. The home side mustered 84 runs in that unlucky first session on Saturday when wickets tumbled and they never recovered in the face of a devastating new ball spell from seamer James Anderson. In the end, Ramdin’s men suffered a heavy nine-wicket defeat to England, who now lead the three-match series 1-0, reports CMC. James Anderson England’s best bowler of all time, says Alastair Cook

“I believe that losing six wickets in one session that is where we fell down. We fought hard for the first four days. Some tough days at the office but losing six wickets and the spell with the new ball really cost us,” said Ramdin on Sunday. Resuming the final day on 202 for two with a lead of 37 runs, West Indies lost their last eight wickets for 105 runs to be all out for 307 shortly after lunch. James Anderson rattles West Indies as England eye win on Day 5 of 2nd Test at Grenada

Opener Kraigg Brathwaite, unbeaten overnight on 101, fell for 118 and his departure in the morning with the score on 224 was followed by six wickets tumbling for 62 runs in quick time. “Having partnerships and going on should have been very important but they kept coming at us. They have a good bowling line-up but we can’t take it for granted. We should have just carried on and scored more runs and not let the game get away from us,” said the wicketkeeper-batsman. Ambrose lauds bowlers for fighting hard against England

The third and final Test in Barbados starts on May 1. Ramdin is hoping the Kensington Oval pitch will be helpful to both batsmen and bowlers. “So far we got two good pitches that went right down to the last days as the Test match went. Hopefully, the groundsman could give us something like that that could bounce and spin more or something, that is quick and fiery and both teams will have good use of it because both teams have good fast bowlers,” said the Windies captain. 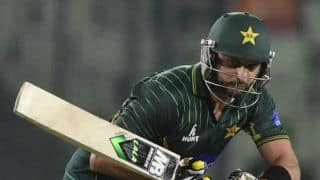 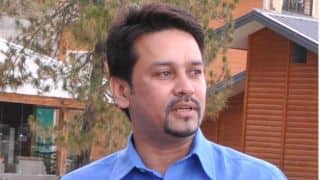