Left stranded at one end, Sri Lanka all-rounder Dilruwan Perera is undoubtedly disappointed to have missed out on his maiden Test century.

Galle: Left stranded at one end, Sri Lanka all-rounder Dilruwan Perera is undoubtedly disappointed to have missed out on his maiden Test century. Perera scored a valiant unbeaten 92 and together with with Angelo Mathews (83) had put on 62 runs for the sixth wicket to keep Sri Lanka afloat in their first innings, which eventually finished at 291 runs. The hosts, thus, surrendered a first innings’ lead of 309 runs, but India didn’t enforce the follow-on. “It’s disappointing to miss a century. I am very disappointed to be honest. I was trying to get closer to the score as much as possible but then I didn’t have the opportunity,” Perera said at the press conference after the end of third day’s play in the ongoing opening Test against India. FULL CRICKET SCORECARD: India vs Sri Lanka 2017 – 1st Test at Galle

“With Mathews, we were trying to bat as much as positive. We wanted to get all possible runs and go on. Trying to rotate the strike as well,” he added. India finished the day at 189 for three in their second innings to take an overall lead of 498 runs with two days play remaining. And Perera said the hosts will have to bat out of their skin to save the match. “We’ll have to have a look at what the target we’re going to get and then take a decision. We shouldn’t think of a target but bat the way we can bat. However, we’ll have to have a plan for that,” said Dilruwan. FULL CRICKET UPDATES: India vs Sri Lanka 2017 – 1st Test at Galle, Day 3

Sri Lanka’s task in the second innings will be made difficult by the fact that the pitch is starting to take little turn, even if it is far from the typical Galle turner. “I think the pitch is still behaving as the same. There isn’t too much turn. One or two balls turn but not always. This is not the typical Galle pitch,” Perera said. “Even tomorrow, I don’t think we can look forward to that much of a turn. However, this wicket is very slow. When the ball was new yesterday, it was turning a bit. When the ball gets older, it’s easy to score runs,” he signed off. 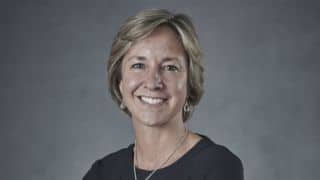 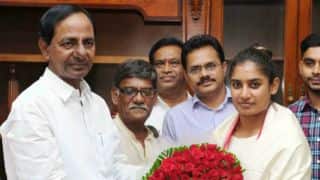