Dimuth Karunaratne has been appointed Sri Lanka's ODI captain and will lead the team during their campaign in the Men's Cricket World Cup 2019.

Dimuth Karunaratne has been appointed Sri Lanka‘s ODI captain and will lead the team during their campaign in the ICC Cricket World Cup 2019.

The opener last played an ODI in the last edition of the tournament, and has only played 17 ODIs in his career. He averages 15.83 with a high score of 60. His overall List A numbers are creditable, with an average 34.34 from 120 games, including six centuries.

The left-hander has made waves in Test cricket in recent times, earning selection in the ICC’s Test Team of the Year 2018, and captained Sri Lanka to an historic Test series whitewash in South Africa earlier this year, standing in for Dinesh Chandimal. ALSO READ: Bangladesh include uncapped Jayed in strong World Cup squad, Shakib named vice-captain

Sri Lanka’s ODI captaincy has exchanged hands frequently in recent months. Their last four series have seen them cycle through three different skippers, with all of Angelo Mathews, Chandimal, and Lasith Malinga having been at the helm at some point. ALSO READ: Dinesh Karthik, Ravindra Jadeja in; Ambati Rayudu, Rishabh Pant out of India s World Cup squad

Karunaratne was fined and reprimanded recently by Sri Lanka Cricket after a drink-driving incident, for which he also had his driving licence suspended. Sri Lanka are yet to announce their World Cup preliminary squad.

Sri Lanka have not won a single ODI in 2019, having lost three games in New Zealand and five in South Africa.

The Sri Lanka selectors are expected to consider the form of players in the ongoing Inter-Provincial Cricket Tournament, apart from international performances this year.

There is good news in the form of Kusal Perera, who missed the South Africa ODIs, announcing that he is fit for selection for the World Cup. 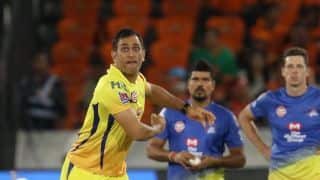 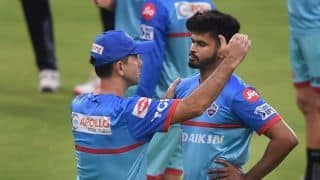