At a time when T20 cricket has occupied most of the international calendar, Taylor pitted Test cricket as the number one on his priority list.

New Zealand s senior-most batsman Ross Taylor has admitted that he will not succumb to the lure of Twenty20 cricket at the cost of giving up his international responsibilities.

Many cricketers such as Dwayne Bravo, Kieron Pollard, Kevin Pieterson, Shahid Afridi have hanged up their boots in the international arena prematurely to play in franchise-based Twenty20 cricket leagues around the world, but Taylor does not wish to go down that road.

I don t think I will retire earlier from international cricket just to go and do the T20 circuit because I love playing for New Zealand, Taylor was quoted as saying in the Hindustan Times on Tuesday. (ALSO READ: New Zealand have a point to prove to ‘dangerous’ Bangladesh: Todd Astle)

Playing for a different franchise every month is not something that appeals to me as much as playing in front of family and friends here in New Zealand.

At a time when T20 cricket has occupied most of the international calendar, Taylor pitted Test cricket as the number one on his priority list.

Test cricket is still high on my priorities. I would like to play 100 Tests. New Zealand hasn t played a Boxing Day Test in Australia since the 1980s, so there are quite a few things I would like to hang around for. At the same time, you don t want to do just that and want to be playing an active role in the team. I still have a desire to go on, so no date or timeframe yet, Taylor, who has played 90 Tests and scored 6523 runs at an average of 45.93, explained. (ALSO READ: Craig McMillan to step down as New Zealand batting coach after World Cup)

The day you are satisfied is the day you need to retire. There are still things I would like to achieve. I joke a little bit that I am old because I am the oldest in this team. But I still feel young and have still got a few years to contribute to New Zealand cricket. I love playing for my country and I feel I can still get better as a player. The day I don t feel that I will have to retire. I want to score a few more runs and wins, and give my best. 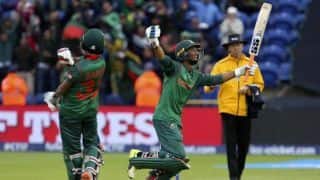 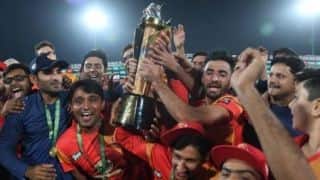 PSL 2019: Fourth season of T20 league to be aired in India on DSPORT