Olivier took 24 wickets in the 3-0 clean sweep of Pakistan and another seven in two Tests against Sri Lanka.

South Africa allrounder Duanne Olivier, who shot to prominence in international cricket recently after taking 24 wickets in the 3-0 Test series sweep of Pakistan and another seven in two Tests against Sri Lanka, has been signed up by Yorkshire on a three-year deal subject to clearance of Kolpak regulations, which effectively ends his international career.

The move comes as a huge blow for South Africa in a World Cup year with Olivier pitted to be among the players that will board the flight to Heathrow.

I came over to the UK last year and thoroughly enjoyed my time playing county cricket. I have since realised I could happily base myself there for the foreseeable future. I was originally looking to come back as an overseas player but when I got a long-term offer from Yorkshire as a Kolpak I knew that signing for the Club would be the best option for both myself and my family,” Olivier, who rose to 19 in the ICC Test bowlers’ rankings after his stupendous performances beginning from December 2018, said. (ALSO READ: Glad to be contributing to the team s cause: Duanne Olivier)

I am a bowler that wants to keep pushing myself to see how far I can go and as I enter my prime I want to be in the best possible situation to grow. Another big reason was the longevity of my career.

I would say I ve been in good form for the last few years. It has definitely been my most consistent period and I think my stats could attest to that. I have definitely enjoyed playing Test cricket. The Pakistan tour was by far my stand-out tour. I loved every moment of that tour. It s definitely one I won t forget.

I would be lying if I said this wasn t a difficult decision to make, said Olivier, who will shortly link up with Yorkshire on their pre-season tour to Potchefstroom.

It s giving up playing for my country with no guarantees of playing international cricket again. But, at the end of the day, I needed to be true to myself. I ve only got this one chance to see where my talent can take me, and Yorkshire just felt right to me.

Olivier, who made his Test debut in January 2017, believes he’s a bowler who can fulfill many roles for his new county. “I can be whatever type of bowler the team needs me to be. I think there is a lot of stigma around the fact that people think I can only bowl short balls because that is what I’ve done in Test matches. And it couldn’t be further from the truth. If my team has asked me to bowl short, that’s what I’ll do,” he said.

“I will fill the enforcer role if needed and sometimes the team will need me to be a backup where my job is to tire out and frustrate the batsmen so that another strike bowler may come and take the wicket. I think my strength lies in my flexibility to fill whatever role is required of me. I do like to be the guy the captain goes to when things get tough. And I prefer bowling longer spells.” 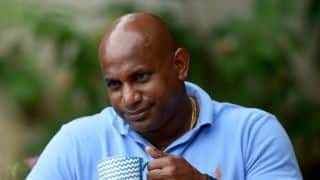 Sanath Jayasuriya banned from all cricket for two years 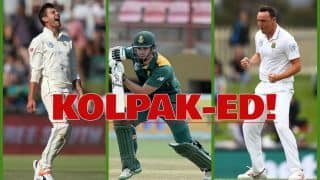