Olivier, who claimed 24 wickets in the three Tests at an average of 14.70 and a strike-rate of 22.00, was awarded the player of the series.

Fiery pacer Duanne Olivier stole the thunder with eight wickets to lead South Africa to a thumping series sweep on Monday after the hosts sealed the third Test with a 107-run win against Pakistan on the final day at the Wanderers.

The 26-year-old Olivier, who claimed 24 wickets in the three Tests at an average of 14.70 and a strike-rate of 22.00, was awarded the player of the series. At the end of the day, it is a team effort, Olivier said at the post-match presentation.

I am glad to be contributing to the team’s cause. In the Wanderers, there is some bounce and you don’t need to bowl all that short and you need to pitch it up fuller; but when I saw my pitch map, I was too short.

Each bowler is different and each of them brings something different to the table. They batted well, got a bit of a partnership towards the end, but we did really well to pull it back. (ALSO READ: Olivier sparks South Africa to sweep of Pakistan)

Stand-in captain Dean Elgar, who replaced the suspended Faf du Plessis, ranked the series sweep as one of the best he s been a part of and was upbeat about his captaincy record.

I have a fifty-per cent win record now and I’ll happily retire with it (laughs).

We don’t have a lot of Tests in this year five of them, and I’ve spoken to the boys of what we need from these Tests. We have some temperamental quicks. They buy into your plans, are awesome sports and incredible cricketers. I m extremely proud, and I don’t want to take anything away from our efforts.

Quinton de Kock, who scored a fine 129 in the second dig, was handed the player of the match award. De Kock registered a three-figure for the first time since January 2017.

Any Test century would mean a lot to me, said de Kock.

I have worked hard on my game over the last couple of years and it is nice to see the results coming out well.

Meanwhile, Pakistan captain Sarfaraz Ahmed was left to rue his team s performance with the bat as the visitors lost their remaining seven wickets for 120 runs to be bowled out for 273 after starting the day on 153 for three.

We were in a very nice situation after the first day, said Sarfraz. We just didn’t capitalise with the bat and their bowlers bowled really well. Olivier was one of the best bowlers in the series; he bowled really well and really fast. 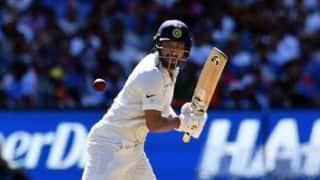 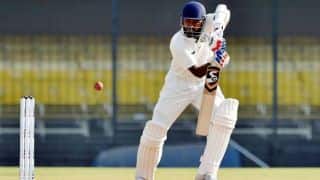