Elgar has previously led at the U-19 level and in Tests when he stood in for Du Plessis against England in 2017, following the birth of du Plessis first child.

South Africa on Wednesday appointed Dean Elgar as the stand-in captain in place of the suspended Faf du Plessis for the third and final Test against Pakistan which will begin in in Johannesburg on Friday.

Du Plessis was handed a one-match suspension after the second Test at the Wanderers for maintaining a slow over-rate during the Proteas nine-wicket win at Newlands, Cape Town on Sunday. He was also fined 20 per cent of his match fee, while the team were fined 10 per cent of their match fees.

Elgar has previously led at the U-19 level and in Tests when he stood in for Du Plessis against England in 2017, following the birth of du Plessis first child.

Cricket South Africa (CSA) have named uncapped opener Pieter Malan on standby for Aiden Markram, who injured his right thigh while fielding in the previous Test. Markram will undergo a fitness test on the eve of the Johannesburg match.

“The appointment of Elgar as stand-in captain is part of our strategy to develop our pool of leaders,” said selection panel convener Linda Zondi.

ALSO READ: Our bowling was not upto the mark: Sarfraz Ahmed

“We have previously used Aiden Markram and Quinton de Kock in this role in ODI matches and Dean has previously captained the Proteas at Test match level against England at Lord’s in 2017.

“Pieter Malan has an outstanding track record in four-day domestic cricket over the past two seasons, having made more than 1700 runs including 7 centuries. He has also made the step up to South Africa A level, first against Australia and then against India A on the sub-continent,” Zondi added.

South Africa took an unassailable 2-0 lead in the three-match series, which makes the final Test an inconsequential encounter. I’d like to see Tim Paine appointed as the national selector: Ricky Ponting 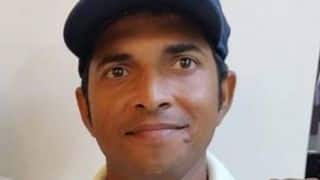