Ahead of his return to India with the England Lions squad, the Nottinghamshire batsmen Ben Duckett is hopeful of resurrecting his international career in the very environment where his stock swerved sharply downwards.

Duckett played the last of his four Test matches in India in November 2016, struggling with scores of 13, 5 and 0 out each time to R Ashwin s offspin. After managing 92s in four preceding innings in Bangladesh, where he fell to spin on all four occasions, the left-hander has a Test batting average of 15.71.

I went to the lowest part of my career in India, but that is the best way to learn about your game, the 24-year-old told Nottinghamshire s website. The series helped me find something I didn t know I wasn t good at, playing off-spin in turning conditions, and I have been working on that area of my game ever since. I haven t been out in those conditions since, so personally it would be great to go back to India and score some runs. (ALSO READ: Troubled past behind Ben Duckett as he targets England recall)

A lot of the guys are going to be experiencing those conditions for the first time, so if I can pass on any information to them too, that can only be a good thing.

A little over a year from his horror time in India, Duckett was sent home the Ashes tour after he poured a mug of beer over James Anderson in a bar, while being fined the maximum amount for an England Lions player and receiving a final written warning over his conduct. Last month, England s national selector Ed Smith informed him of his recall to the Lions squad for their limited-overs and unofficial Test series in India in January-February, after he returned from a stint in the Mzansi Super League. (ALSO READ: Ishan Kishan to lead youthful Board President’s XI versus England Lions)

It was the best news. Over the past year or so I ve not been at my best and missed out on a few Lions squads, said Duckett. I m constantly trying to improve my game and playing in a couple of sides this winter with players I haven t met before and can learn from has helped me. It was exciting in South Africa, playing against the likes of AB de Villiers, and the best way to continue growing is to play more cricket. It can be good during the winter to work on the physical side of things, but playing in different conditions ensures that you are ready to go in those countries if called-up by England.

England Lions play five one-day matches with India A in Thiruvananthapuram between January 23-31, followed by two unofficial Tests in Wayanad, starting on February 7 and 13. 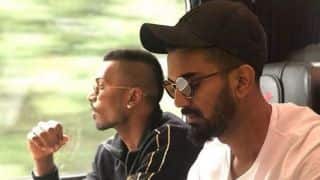 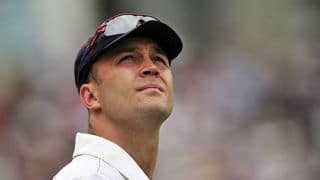