Ricky Ponting has said the top-order must deliver "big runs" after Australia went 1-0 down in ODI series away to England.

Australia batting great Ricky Ponting  has said the top-order must deliver “big runs” after the world champions went 1-0 down in a one-day international series away to England. The 2019 World Cup hosts beat Australia by three wickets in the first of a five-match campaign at The Oval on Wednesday. Although England stuttered during their chase, Australia were always in trouble after being dismissed for just 214, with spin again proving their undoing as England specialist slow-bowlers Moeen Ali and Adil Rashid accounted for five members of their top seven between them.

Glenn Maxwell (62) and Ashton Agar (40) tried to repair the damage but their sixth-wicket stand of 84 couldn’t change the course of the game. Ponting, one of the outstanding batsmen of his generation, has joined the backroom staff of new Australia coach and former Test team-mate Justin Langer  for the tour.

Reflecting on Australia’s slump to 90 for five on Wednesday, Ponting said: “It highlighted again the importance of our top-order batsman taking responsibility and getting some big runs.”After the early loss of Travis Head, Aaron Finch and Shaun Marsh put on 40 for the second wicket only for both batsmen to be dismissed by Ali.

“We lost an early wicket but I thought Marsh and Finch’s partnership looked really promising. But both of them getting out in successive overs to Moeen Ali, and all of a sudden we are behind the eight ball,” explained Ponting. “It’s just little moments like that were someone just has to put their hand up and say ‘Right, I am going to be the man that’s going to get through here and do what my team needs me to do’ and it didn’t happen,” he added ahead of the second ODI in Cardiff on Saturday.

“These players need to be hard on themselves and work out how they can improve on a daily basis,” insisted Ponting, who made a brilliant 140 not out when Australia beat India in the 2003 World Cup final in Johannesburg. Nevertheless, Ponting was confident of an improvement before the fifth ODI in Manchester on June 24.

“It didn’t happen (Wednesday) but there is certainly enough skill and talent there to push on and win some games through the remainder of this series,” he said. The 43-year-old, who is combining his coaching role with a prior commitment to commentate on the series for television, added: “Being on a tour in England you get four hours on the bus with the boys and I will be able to sit down with the young blokes and talk cricket.

“I love doing it.” This is Australia’s first international campaign since a controversial tour of South Africa  where former captain Smith and his deputy Warner — two of the world’s leading batsmen — were given year-long bans for their roles in a ball-tampering incident during the third Test in Cape Town in March that also saw Cameron Bancroft handed a nine-month suspension for applying sandpaper to the ball.

Darren Lehmann resigned as coach to be replaced by fellow former Australia batsman Langer. Amid talk of Australia being more respectful towards their opponents — Langer said Smith’s side had behaved like “spoilt brats” in the run-up to Cape Town — Ponting was encouraged by the way players were “really embracing this new culture and way forward for Australian cricket”. He added: “There is great buy-in from all the players about the direction Justin and the leaders want to take it and that is half the battle. So far that seems to be the case.” 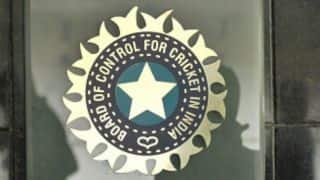 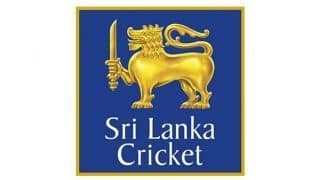