Due to a heatwave across Europe, the MCC has relaxed its rules regarding attire.

In a departure from tradition members of the Marylebone Cricket Club (MCC) will be allowed to remove their jackets during the first two days of the four-day Test between England and Ireland starting at Lord’s today.

This break from tradition has been allowed on account of the hot conditions in London.

The MCC, the owner of the Lord’s ground and the guardians of the laws of cricket, has been in existence since 1787 and has been extremely rigid with its rules. MCC members are required to adhere to a strict dress code but given that Europe has been hit by a heatwave, the club’s committee informed patrons of the decision to allow jackets be removed.

Reports in the British media cited that MCC secretary secretary and chief executive Derek Brewer sent out an email to all members regarding this decision.

As per MCC rules, men must wear lounge suits or tailored jacket and trousers, a shirt, tie or cravat and shoes with socks.

Ladies have to wear dresses, skirts or trousers with blouses or smart tops, and formal shoes, boots or sandals. 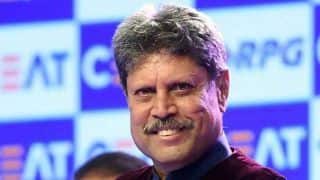