Ireland's dreams of a maiden win in the format were blown away in a match in which they had dismissed England for 85 in the hosts' first innings.

England captain Joe Root hailed his side’s ability to perform under pressure after they bowled Ireland out for just 38 to win a dramatic Test at Lord’s by 143 runs on Friday.

The visitors had been set a seemingly modest 182 to win on the third day of a match scheduled for a maximum of four days rather than the usual five allocated to a Test.

But they ended up being bowled out for the seventh-lowest total in Test history and lowest since 1955.

“I knew that was a lot of runs (to make) on that surface,” said Root after wrapping up victory in the one-off Test.

“We found ourselves in a similar position at Edgbaston against India last year. I thought it was very important we stayed calm, asked the right questions, and that’s exactly what we did today.

“It’s very pleasing, the way we managed certain pressure situations throughout the games. It wasn’t by any stretch the perfect game for us but sometimes that can be a really important part of your learning. We’ll take a lot from this game.”

Ireland captain William Porterfield said his side were particularly disappointed because they had put themselves in a position to win the game.

“We knew it was going to be tough with the lights on and drizzle in the air,” he said.

“But we had to dig deep and get through that. Fair play to the two lads to how they bowled — they made it difficult.

“If we had managed to get 50 or 70 more in the first innings, that turns it into a different chase today.”

Man-of-the-match Jack Leach, who scored 92 not out in England’s second innings, said: “Bowling three overs for 26 and I’ve got man of the match — I didn’t see that happening. I’m a number 11, but I found some form out there.

“Woakesey and Broady bowled brilliantly this morning. They put the ball in the right area and things seemed to happen. We got the win and that’s the most important thing.” 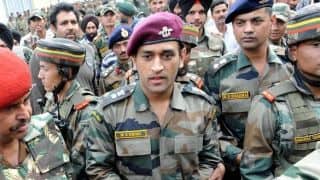 This step will work as inspiration for many young people of the country: Gambhir, Kapil hail Dhoni's decision to serve Indian Army 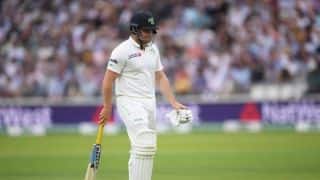