The Pakistan opener has managed one fifty in six innings of the ongoing Vitality T20 Blast.

Pakistan batsman Fakhar Zaman does not believe he has technical difficulties that are hampering his growth at the international level, even as he follows a disappointing World Cup with a slump in the ongoing Vitality T20 Blast in England.

Last week, the Pakistan Cricket Board demoted Fakhar from a category B central contract to category C, after he underwhelmed during the team’s poor performance at the 2019 World Cup. Fakhar made 186 runs in eight innings with one half-century and two ducks.

In his first year of ODI cricket, Fakhar averaged 76.07 with three centuries – including Pakistan’s first 200 in the format – and six fifties after 18 innings. But in the second year, he has averaged 29.34 with one century and five fifties from 26 innings.

In an interview with pakpassion.net, Fakhar refuted criticism that he had been found out by international level bowlers.

“Whenever one performs well in a game, then there is very little criticism. But when you do not do that well, then all sorts of things are said about a player,” he said. “In my experience, people who have played cricket before will not say things like ‘Fakhar has been found out’ etc.

“To give you an example, take what happened in the first ODI game against England. I was out for 3 in that game and we heard all sorts of things about my technique being said including the fact that somehow, I had been found out by the opposition. In the next game, I scored 138, and the comments were completely different. I always try my best and of course people will say what they want to but let me tell you that after the kinds of things that have been said to us in the recent past, nothing really shocks us at all.”

The 28-year-old signed with Glamorgan for the ongoing Vitality T20 Blast and has one fifty in six innings. Still, he did not feel he had technical worries.

“A cricketer is always looking to improve his game, regardless of the format he is playing or what stage of his career he’s at. What I am looking to do at this stage of the tournament is to play a longer inning as I feel that not doing that is affecting my success rate for the team,” said Fakhar. “I don’t think I have any issues with my technique and the ball is coming on nicely to the bat for me. I just need to take more time at the wicket as that I am sure will help me put bigger scores for the team.” 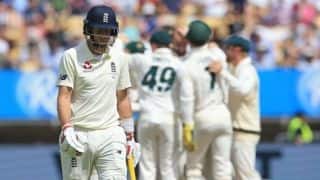 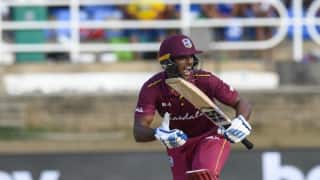