The apex court also cautioned Vinod Rai and Diana Edulji not to air their differences in public.

A bench comprising Justices SA Bobde and Abhay Manohar Sapre said: “We are happy that by consent of the parties and the suggestions, the name of retired Justice DK Jain has been agreed to be appointed as the ombudsman in the BCCI.”

The details of Justice Jain’s start date is expected to be announced in due time. Once he assumes the role of BCCI ombudsman, Justice Jain – the former chairman of the National Consumer Disputes Redressal Commission – will have, among various responsibilities, the task of passing judgement on the punishments on India cricketers Hardik Pandya and KL Rahul.

The pair had been suspended in January after their sexist comments on a popular Indian TV chat show, and sent back from Australia. Once the BCCI’s Committee of Administrators (CoA) revoked the suspension pending inquiry, Pandya rejoined India’s limited-overs squad in New Zealand while Rahul was last week recalled to the ODI team.

Now that the Supreme Court as appointed an ombudsman, the final verdict will be passed.

The SC today also cautioned Vinod Rai and Diana Edulji, the two warring members of the CoA, who have hardly concurred on various policy decisions over the past few months, not to spat in public. 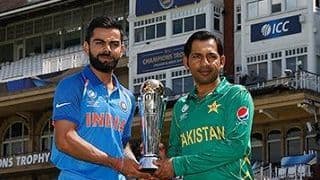