Geoff Marsh is hopeful that some of the talented youngsters will get an opportunity to prove their worth.

Perth: Former Australia opener Geoff Marsh, who will be the coach of the Western Australia XI that will take on India in the two tour games is hopeful that some of the talented youngsters will get an opportunity to prove their worth, staking claim for selection in state side’s first team. The Western Australia named their squads for the two matches that will be captained by Will Bosisto. Bosisto is a former U-19 captain and led the team to U-19 World Cup final in 2012 where in they lost to eventual champions India. Just five of Friday’s 13-man Twenty20 squad has first-class experience, likewise with Saturday’s 50-over squad. India to play 2 practice games against Western Australia XI

“There’s a good mix of young and old. I think the great thing about the games is they’re an opportunity for some kids to play against India and put their hand up [for higher honours],” Marsh was quoted as saying by Perth Now newspaper. Two former Twenty20 internationals and Perth Scorchers squad members batsman Travis Birt and leg-spinner James Muirhead are there in the squad.

But Muirhead will undergo a fitness test before playing on Friday as he recovers from wrist surgery. “He had an operation on his wrist before he came [to Perth for the BBL]. I’m not sure whether he’s going to play [on Friday], but he’ll definitely play Saturday.” Bosisto is one of the five cricketers on Perth Scorchers’ stand bye list. Others are Josh Inglis, David Moody, Josh Nicholas and Liam O’Connor.

“We’re really happy with Will, he’s taken big strides this season. Nobody has worked harder than he has over the past four of five weeks to get himself ready for not only these games, but the Futures League game in Canberra on Monday.” The tourists arrived in Perth yesterday and had a training session at the WACA today. The match will be streamed live on Cricket Australia’s website. 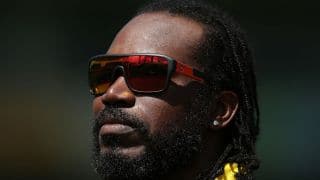