Indian cricket team would get into the groove for the short limited-overs series against Australia with two of warm-up games against WA XI.

Perth: The Indian cricket team would get into the groove for the short limited-overs series against Australia with a couple of warm-up games against a Western Australia XI at the WACA ground on Friday and Saturday. While the first match tomorrow is slated to be a T20 affair, the second match scheduled the day after will be a 50-over warm-up game against the same opposition. It will certainly not be the first team of Western Australia which is better known as Perth Scorchers, which will be playing in the warm-up games. It will be a second string squad that will take on the Indians. Indian cricket team reaches Australia, Virat Kohli tweets

The Scorchers are currently playing in the Big Bash League and none of their first team players will be available for the match. In fact, today they played a BBL match against Sydney Thunders. India begin their campaign against Australia in the five- match ODI series on January 12. It is the limited overs squad that has arrived here while the T20 specialists like Yuvraj Singh, Harbhajan Singh and Ashish Nehra will arrive by the end of the ODI series. Virat Kohli hopes India play competitive cricket in Australia tour 2015-16

The two matches will give Mahendra Singh Dhoni and Team Director Ravi Shastri a chance to fret on the possible first XI combinations along with the batting order. With the match not having an official tag, all the players of the Indian team will get a chance to play. For Dhoni, the key area that he would like to address is Suresh Raina’s replacement as it is a given that one among Manish Pandey and Gurkeerat Singh Mann would be given that slot at No 5. Ajinkya Rahane confident of India doing well in Australia tour 2015-16

Pandey has played a solitary ODI against Zimbabwe scoring 71 while Gurkeerat, who has been with the team throughout the home series against South Africa is yet to be blooded. The advantage for Gurkeerat is his handy off-breaks in case Dhoni decides to play a single spinner in Ravichandran Ashwin. 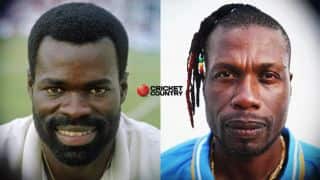