Graeme Swann predicts a bright summer for England at home

Graeme Swann predicts a bright summer for England at home

England exited the World Cup in the very first round.

Wellington: Former England bowler Graeme Swann has predicted a surprisingly bright summer for the national squad at home and has tipped the squad to rebound from their ICC Cricket World Cup 2015 disaster and beat New Zealand in the upcoming Test series. Swann, the former England spinner who was part of the World Cup commentary team, made his predictions as he previewed the English season and the Indian Premier League (IPL) that gets underway this week. Paul Downton axed as England managing director

New Zealand would tour England next month on the back of their World Cup runner-up finish and they are taking the bulk of their aggressive one-day squad north, Stuff.co.nz reported. England’s warm-up match vs St. Kitts Invitational XI ends in a lame draw

New Zealand’s World Cup effort was in stark contrast to England’s sorry campaign. While England went crashing out of the tournament in the pool stages, the Black Caps went on to reach their first World Cup final and eventually finish as runners up in the tournament. However, Swann has predicted a surprisingly bright summer at home for England who face New Zealand in Tests at Lord’s and Headingley ahead of another Ashes series against Australia. He boldly stated that England would win the Test series 2-0. Pietersen’s return rumours would disappear if Eng vanquish WI, feels Gooch

Swann insisted that it would be a very tough series because New Zealand are probably the most improved team in world cricket, but he added that it’s in England, it’s the home series, the early summer series and England always does well. Swann also predicted a 2-0 result to England in the Ashes. England are currently touring the West Indies for a three- Test series with Alastair Cook captaining the team again after being controversially dumped for the World Cup. Kevin Pietersen lashes out at Graham Gooch 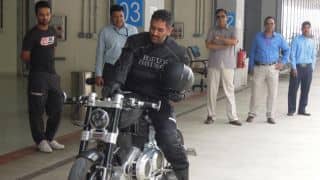