Pietersen's abrupt end to his career with England has been a shock for all.

Born on 27 June 1980, Kevin Pietersen, one of England’s most aggressive players’, turns 36 on Monday. He debuted for England in 2004 against Zimbabwe and made a mark in international cricket instantly. Born to a South African father and English mother, he was eligible playing for England after a few years of qualifying period wherein he played in English county. Pietersen’s most successful series was against South Africa, which England lost 1-4 but he blasted runs in almost all the matches to earn the Man of the Series award. He followed his exceptional performance with the bat for England in the Ashes 2005 and helped them win the urn after a long time. He was also the leading run scorer in England’s ICC World Twenty20 (T20I) win in West Indies in 2010. ALSO READ:Kevin Pietersen drops out Lord’s from his top 10 cricket grounds list

Pietersen’s career went through hardships when he had fallout with the England Cricket Board (ECB) during England’s tour of South Africa. Allegations were made that he sent defamatory text messages to members of the South African dressing room, with Andrew Strauss and Andy Flower, the then captain and coach, said to be referred to within the messages. Failing to provide clarification on this matter, he was dropped from the remaining series but played for England in their 2-1 Test series win against India in India (2012) and returned for the Ashes in 2013-14.

In the latter series, his bat remained silent, though he still top scored for his side and was eventually dropped from the side, due to ‘unanimous decision’ taken by the board and players. His soar relationship with current England team’s director and former skipper, Strauss as well as current Test skipper, Alastair Cook led to his ouster from the side. Nonetheless, Pietersen is England’s leading run scorer in all forms of the game and has always been a consistent performer for the team in their famous wins involving him. ALSO READ: Kevin Pietersen: Andrew Strauss was correct in not picking me for Ashes 2015

Pietersen continues to play for various franchises in T20I tournaments across the globe. He is a part of Melbourne Stars in Big Bash League (BBL), played for Rising Pune Supergiants (RPS) in Indian Premier League 2016 (IPL) and Quetta Gladiators in Pakistan Super League (PSL) in Pakistan’s inaugural domestic T20I tournament. 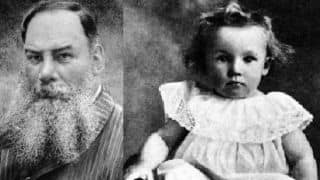 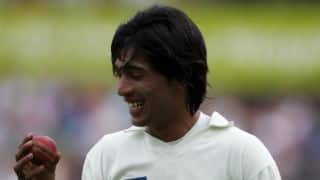