In a career spanning over a decade-and-half, Rahul Dravid has amassed over 24,000 runs in international cricket, standing next to Sachin Tendulkar as India's second-most run-getter.

Rahul Sharad Dravid, born January 11, 1973 in Indore, turns 45 today. After years of toil for Karnataka, Dravid was drafted in the Indian side after the 1996 World Cup. Having made his ODI debut in a tri-series at Singapore, Dravid first grabbed eyeballs with his 95 on Test debut later that year, at Lord’s. He shared a 94-run stand with the fellow debutant Sourav Ganguly, who overshadowed the former’s show with 131.

Dravid was most successful in Tests. With 13,288 runs he is stands as the fourth highest run-getter in the format. Hallmark of Dravid’s batting was his orthodox technique and ability to concentrate for long hours and holding his ground. Dravid was one of the finest slip fielders in the game and holds the record for most catches (210).

He also donned the wicketkeeping gloves in ODIs in order to add balance to the side. He was India’s wicketkeeper-batsman in the 2002 Champions Trophy and 2003 World Cup, tournaments where India enjoyed great success. There were occasions where he rolled his arms over to bowl off-spin.

One of the most underrated captains, Dravid led India to memorable wins in West Indies and England. He also became the first Indian captain to win a Test in South Africa.

Dravid has contributed in several of India’s famous victories. His 180 at Eden Gardens against Australia in 2001 definitely stands out. However, it was more of a supporting role to VVS Laxman’s 281. A year later, he would go on to craft a gritty 148 on difficult Leeds track, constructing India’s road to victory. A year and half later, at Adelaide, he produced one of the finest Test performances with 233 and 72* to help India register a Test win in Australia after over two decades. Then came his 270 at Multan that marked India’s first series win in Pakistan.

Dravid is one of the 11 batsmen to have over 10,000 runs in ODIs. Dravid’s 145 and 153 were two of his finest knocks. In both cases, he was involved in record partnerships, the first with Ganguly (183) at Taunton and then with Tendulkar (186*) at Hyderabad.

Almost six years since retirement, Dravid remains one of the most trusted servants of Indian cricket. Currently the coach of Indian Under-19 and India A sides, Dravid has done a phenomenal job mentoring young talents such as Rishabh Pant, Hardik Pandya, Shreyas Iyer, Karun Nair, among others.

Rahul Dravid A tale of perseverance and humility 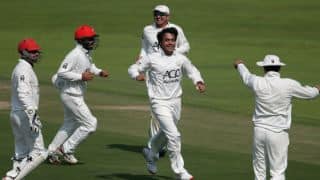