Suryakumar Yadav finished as the fourth highest run-getter in the tournament with 788 runs in 18 innings at 46.35.

Mumbai batsman Suryakumar Yadav celebrates his 26th birthday on Wednesday. Yadav, was born in Mumbai on September 14, 1990. He has represented Mumbai in the domestic circuit and also India Under-23. In the Indian Premier League (IPL) he is the current vice-captain of Kolkata Knight Riders (KKR), who are currently led by Gautam Gambhir. Yadav played a key role in ensuring Mumbai won their 41st Ranji Trophy title. He finished as the fourth highest run-getter in the tournament with 788 runs in 18 innings at 46.35. He scored three hundreds and five fifties with a highest score of 115. Yadav is also a useful off-spinner. He has picked up 19 First-Class wickets in 48 matches so far. READ: Top emerging players of IPL 2016

Yadav also scored a superb century in the first innings of the Irani Cup 2016 against Rest of India (ROI). He top-scored with 156 to take Mumbai to a commanding 603. He scored a useful 49 in the second innings as well to help Mumbai set ROI a target of 480. Unfortunately for Mumbai, ROI chased it down and as result, Mumbai could not add to their tally of trophies. READ: Video: Check how tough taskmaster Adrian Le Roux prepared the KKR players for IPL 2016

Yadav has scored 3,340 runs in First-Class Cricket so far to go with his 1,147 runs in List A. He has also scored just over 1,000 runs in the shortest format. He managed to play just one match in ongoing Duleep Trophy. He scored just five runs for India Blue in a drawn match against India Red. Yadav is an integral part of the Mumbai side and in the upcoming season will look to make a major push to get himself in reckoning for a spot in the Mumbai side. 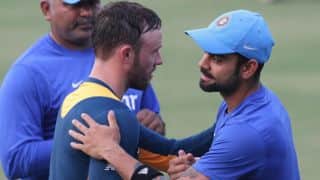 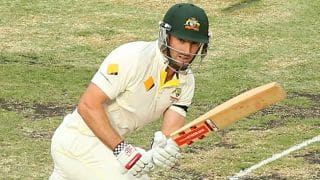