Rahul and Pandya were provisionally suspended by the BCCI for their sexist comments on a popular TV chat show.

One of the key issues that could be taken up by the two-judge bench of Justice SA Bobde and Abhay Manohar Sapre is the appointment of Ombudsman, who could take a call on the KL Rahul–Hardik Pandya controversy.

Rahul and Pandya were provisionally suspended by the BCCI for their sexist comments on a popular TV chat show. The suspension was later revoked pending inquiry.

The two cricketers are back in national colours, but the final verdict will only be passed once the apex court gives the go-ahead for appointment of Ombudsman. (ALSO READ: Irani Cup: Why did Vidarbha agree to call off the game against Rest of India when just 11 runs were needed for an outright win?)

Vinod Rai and Diana Edulji, the two warring members of the SC-appointed body, have hardly concurred on various policy decisions of late.

However, with the case pending in the apex court, the two members needed to sit for a briefing with the Amicus and update him about the status of compliance as far as the various state units are concerned. Both Rai and Edulji were unavailable for a comment.

It is still not clear whether the CoA will be filing another status report as to which of the affiliated units are fully Lodha Committee recommendations compliant, how many are partially compliant and how many non-compliant.

They are set to meet again on February 20 to prepare for the case, which will be up for hearing on the next date. There might be another plea to get a third member in the COA as Rai and Edulji have not agreed on most of the policy decisions. The COA has already submitted a list of names from which a third member can be selected by the court. (ALSO READ: CCI ‘covers’ Pak PM Imran Khan portrait on its restaurant wall following Pulwama terror attack)

Edulji has, in fact, appointed a personal lawyer to “protect” her “rights” in the organisation, and she had intimated the COA chief about it, hours before the last hearing. 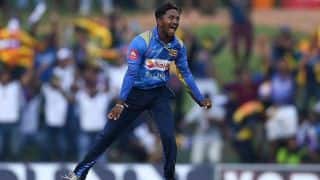 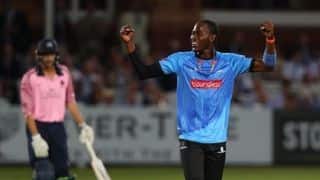