The present Congress government is currently at loggerheads with the HPCA.

A spokesperson for Kings XI Punjab told IANS that the government in 2011 decided to impose 100 percent entertainment tax for the matches.

The present Congress government is currently at loggerheads with the HPCA over providing security free of cost at the IPL matches. Chief Minister Virbhadra Singh has said the HPCA would have to foot the security bill. The HPCA, he has said, is a commercial organisation, so it would be charged accordingly. BCCI should lift ban on Sreesanth: Kerala Chief Minister

The HPCA’s new showpiece venue, located some 250 km from the state capital, has a 21,600-seating capacity, besides a world-class indoor stadium comprising video analysis facilities for both bowlers and players, a club lounge, restaurant, bar and banquet hall. Harayana Cricket Association will not ask BCCI to revoke Ajit Chandila’s ban

Vasbert Drakes: 11 facts about the Barbadian all-rounder who made a stunning comeback at 33 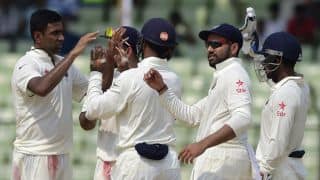