Finch singled out the uncapped Will Pucovski as an "absolute superstar" in the making.

LONDON: Australia‘s limited-overs captain Aaron Finch has no illusions about his status as a Test cricketer, knowing that he had his chances but failed to cash in.

Asked before Australia’s ICC Cricket World Cup 2019 match against Sri Lanka at Kennington Oval on Saturday about whether he felt his revived ODI batting over the past few months has put him in the frame for a recall for this summer’s Ashes series in England, Finch’s reply was to blunt and honest: “I doubt it.”

This is not the first time this year that Finch has spoken of his Test chances being all but over. Finch, who started his Test career in the UAE against Pakistan, scored a half-century in his first innings but struggled thereafter. During the India series at home, he managed 97 runs across six innings and was dropped for the fourth and final Test. He was also overlooked for the two-Test series against Sri Lanka.

After a lean run for form during which he went 21 innings without a half-century in limited-overs cricket, Finch hit form to hold down his place as World Cup skipper. Against India in three home ODIs in January, he managed 26 runs. When Australia toured India in March, he showed signs of a return to form when he made 93 in the third ODI.

He was then named Man of the Series against Pakistan after scoring 451 runs at an average of 112.75, with two centuries and two fifties, in the 5-0 ODI sweep in the UAE. In the ongoing World Cup, Finch has scores of 66, 6, 32 and 86 and has the most sixes (nine) of the tournament.

But a Test recall? That’s not on his mind.

“I haven’t honestly thought about it whatsoever. I’m not sure what they [the selectors] are planning with the squad or anything like that,” he said. “Obviously I’d love to play if the opportunity comes up. I think being The Ashes is way down the list, or I’m way down the list, having missed my opportunity throughout the summer.

“The short answer is, no. I would love … of course I’d love to. But the young guys have come in and done such a good job, and they have got such bright futures, all of them. Whether they all get picked or whether one or two misses out, I don’t think that will be the end of the world for them.”

In his views, the men chosen for Test duty in recent times have shown the required skills to succeed. In particular, Finch singled out the uncapped Will Pucovski as an “absolute superstar”.

“The guys who come in, the young guys come and played really well. Kurtis Patterson played beautifully. Heady [Travis Head] has done a great job. We saw him evolve over the summer and changed his game or changed his mental attitude, I think really quickly to Test cricket, which was a real positive from such a young guy,” said Finch.

“Will Pucovski, he’s an absolute superstar in the making. I think that between them guys, and you’ve got [Cameron] Bancroft who started off the summer over here really well. Joe Burns unfortunately had to go home for some personal reasons. But they are all guys that are right there in the mix with Steve [Smith] and Dave [Warner] coming back into the frame, as well.

“Yes, there will be some short-term disappointment, but they are going to have long careers, all of them, I can tell you. There’s some seriously good players in Australia, especially them young guys who have had a little taste. Obviously Will missed out selection them two tests against Sri Lanka. But they are all seriously good players. I think them guys will be — will be really well placed to take the spot The Ashes and make it their own for a long time.” 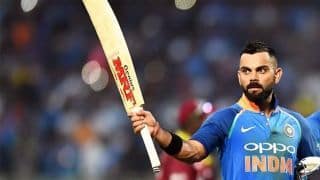