Roy believes he s ready to take the opportunity on when called upon.

Jason Roy holds the record for England s highest ODI score 180 against Australia and is determined to make his way back to the Test squad for the Ashes series in August this year.

England are facing a headache with the form of their openers Rory Burns and Keaton Jennings. The Surrey batsman Roy believes he s ready to take the opportunity on when called upon.

“I just want to play to prove it to myself really. To see where I’m at and to see if I can actually do it. You never know what is going to happen but I just want to put the right stepping stones in and make sure that I’m selected, that is the first process.” (ALSO READ: Australia name Troy Cooley bowling coach for Ashes, Adam Griffith for World Cup)

England s focus now will be on the ICC World Cup 2019, and Surrey director of cricket Alec Stewart reckons Roy could make a return. The 28-year-old last played an ODI against West Indies in February this year.

“He is someone who wants to play Test cricket,” said Stewart. “He is such a talent that I believe can play all forms of the game. I said two years ago that he is good enough to play Test match cricket.

“He has to have a good World Cup and if he does that, I reckon his name will be near enough at the top of the list to play in that Ashes series.” (ALSO READ: If fit, Australia got to play James Pattinson in Ashes: Ryan Harris)

Hosts England head into the global showpiece event that gets underway on May 30 as favourites and Roy insists the Eoin Morgan and Co. won t succumb to the pressure of playing at home.

“We’re number one in the world and we’ve got to make sure that we live up to that expectation,” he said.

“We’re a team that thrives under that pressure, we never shy away from hard work but who knows what is going to happen? We have just got to make sure we’re in the right frame of mind leading up to it.” 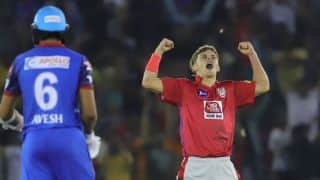