Smith on Wednesday sat down with Gilchrist to reflect on the incident that was a dark phase in Australian cricket.

Tainted former Australia captain Steve Smith has once again opened up on the ball-tampering saga that unfolded during the Cape Town Test against South Africa in March this year. Smith was stripped off his captaincy and was handed a 12-month suspension.

Smith on Wednesday sat down with Australia great Adam Gilchrist to reflect on the incident that was a dark phase in Australian cricket.

ALSO READ: Steve Smith in TV ad: It’s ok to be vulnerable, I want to come back better than I was

Full transcript below which was published in cricket.com.au.

Adam Gilchrist: Can you describe to me the last nine months of your life?

Steve Smith: Yeah, it’s been a tough nine months. I’ve had ups and downs throughout the nine months. Initially, I guess the first week or so after everything sort of went down in South Africa, that was really tough. I was in a pretty dark space. I was pretty much curled up in a ball and in tears for a lot of it.

Gilchrist: Really, that dramatic was it? You’d hit that low a low?

Smith: Yeah, I was struggling mentally, and not doing real well. But I was fortunate that I had a close group of people that I could speak to. My now wife, my old man, my good mate Luke who’s here with me today and my manager. I’ve pretty much had these guys on a loop on the phone sort of assuring me everything was OK. At the time it didn’t feel OK but, sorta helped me get through or weather the storm, I guess, initially and get through that difficult moment at the start. From there I guess the next eight-and-a-half months it’s been OK. I’ve had moments where I’ve been down, there’s moments where I’ve been up, and been, yeah, a bit up and down. But I’m getting through it and I’m fortunate to have a close group of people that have helped me get through it which I’m really grateful for.

Gilchrist: I suspect the Australian public feel there’s some unanswered questions. Just going back to Cape Town can you take us into that changeroom scenario and that environment that allowed that to happen?

Smith: Yeah, look, I think it’s been documented pretty heavily what happened and I don’t want to go into that as such. But, look, it was a mistake on my behalf as a leader to allow something like that to happen out in the middle.

Gilchrist: The term you ‘allowed’ it to happen tells me that you were very aware someone’s made a decision to do that. Are you at liberty to describe the scenario there, the setting?

Smith: I saw the potential for something to happen out in the middle. I didn’t particularly know that it was going to happen, but at that point I sorta said “I don’t want to know about it”. That was my failure of leadership. That’s where I should have said “What are you guys doing? Stop it. This isn’t on.” So that’s my failure of leadership and I’ve owned it and taken responsibility for what happened, and that’s I guess one of the things I talk about in making decisions. That’s a decision where I could have said “No” and stopped a negative outcome that happened out in the middle and that was something, I guess, that I’ve learned over this nine months is to sum up every single decision you make. Take a minute or take a few seconds to think, “If this goes pear-shaped, how it gonna look?”. That’s something that I’ve really learned over this nine months.

Gilchrist: Any moment you can think where we started to go off track to allow that to happen?

Smith: I think back to Hobart when we lost there against South Africa (November 2016) and it was our fifth straight lost in Test cricket I think after three Tests in Sri Lanka and I remember James Sutherland and Pat Howard coming into the rooms there and actually saying “We don’t pay you to play, we pay you to win”. So, for me, that was I think a little bit disappointing to say. We don’t go out there to try and lose games of cricket, we go out there to try and win and play the best way we can. If you’re talking about cultures and stuff, you only have to look back a couple of months before South Africa and we won an Ashes series here in Australia 4-0 and people are saying the culture’s really good and everything’s good. So, you know, things can change really quickly. Obviously, events that happened in Cape Town make people say that the culture was really bad. People will have their own opinions on that. Personally, I don’t think it was a bad culture.

Gilchrist: Do you harbour ambition to captain Australia again?

Smith: Look, it’s not something I’ve thought too much about at the moment. For me, it’s just about getting back and I’d love to play under Tim (Paine) in the Ashes and under Finchy (Aaron Finch) in the World Cup and, you know, I’d do anything to try and help them and help the Australian team play some good cricket and play the right cricket and have some success as well. That’s my ambition at the moment and I’m working forward towards that.

Gilchrist: Good on ya mate, I know all of Australia wish you all the best.

Smith: Thanks Gilly, good on ya mate. 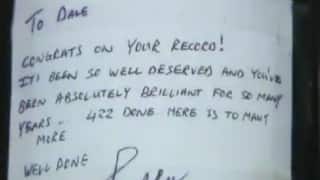