Bangladesh head coach Steve Rhodes acknowledged the paucity of cricketing talent in the country, saying there is no one on the horizon to replace long-serving captain Mashrafe Mortaza.

The 35-year-old Bangladesh captain, who recently won a general election to become a member of Parliament, has expressed his desire to continue playing for Bangladesh despite the poor show in the World Cup. Mortaza was appointed captain in 2009.

Asked if Mortaza’s presence is preventing the team from unleashing a young and more impactful fast bowler, the coach looked helpless after the 28-run loss to India here on Tuesday.

“We’ve also got to have a bowler good enough, capable enough to actually replace Mash. Everybody forgets that. We haven’t got too many of the taller, quicker bowlers, which, is what we’re trying to get into Test matches,” Rhodes accepted the lack of talent being a big factor.

“As soon as we find (good fast bowlers) them and as soon as they’re starting to do well, I’m sure that we would want to get them in the team,” he added.

There’s no hiding that the country’s favourite captain was well below his best and Rhodes thinks that a proud person like Mortaza will be the first one to acknowledge that.

“Well, I’m sure Mash would be a little disappointed with that first over, but I actually thought it was a very brave decision to do to pull one’s self off,” Rhodes said referring to the skipper bowling only the first over in a spell and taking himself off.

The coach would ideally like Mortaza to take a stock of things in the coming days.

“Mash is a very proud person, and I’m sure he will look at his performances so far and wish they were a little bit better,” he added.

“But having said that — and it’s important that you do quote this second part as well — is that he’s tried his hardest all the way through. The one thing about Mash is that he tries every single ball. He doesn’t know any other way,” the coach was sympathetic of the skipper’s situation.

“He’s had seven knee operations, and he’s had a fantastic, wonderful career of over 200 ODIs, and he has not stopped trying throughout all of those ODIs, I know that,” he added.

Rhodes, however, was firmly against the Bangladeshi media which has gone after Tamim Iqbal for a disastrous World Cup without a single impactful performance.

“We shouldn’t really start castigating or have a go at Tamim. He’s a wonderful player. He played some great shots today, and if you know anything about batting, it takes one ball to get you out, and it might take one half mistake and you’re a goner.

“Well, I would say wholehearted has been his performances. I thought today was going to be the day, but sadly, it wasn’t to be. And that’s cricket. Sometimes the harder you try, the worse it gets,” Rhodes lamented. 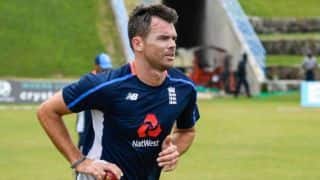 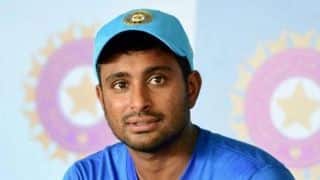