When the Proteas batted, Du Plessis was well supported by opener Hashim Amla, who scored 65 off 61 balls along with contributions from Hendrik van der Dussen (40 off 41 balls), Phehlukwayo (35 off 34 balls), Chris Morris (26 off 13 balls).

With Lasith Malinga being rested, the new ball bowlers Suranga Lakmal (2/63) and Nuwan Pradeep (2/77) went for runs with the only respectable figures coming from Isuru Udana (1/42 in 10 overs). (ALSO READ: Cricket World Cup 2019: You can t control history: Faf du Plessis wants South Africa to focus on what s ahead)

Sri Lanka fought till skipper Dimuth Karunaratne (87 off 92 balls) and former skipper Angelo Mathews (64 off 66 balls) were at the crease adding 98 for the fourth wicket.

Once Karunaratne was dismissed, the Sri Lankan wickets fell in a heap with last five wickets falling for only 31 runs. 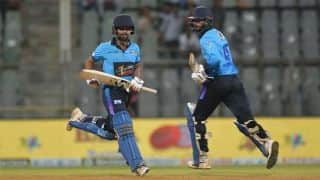 AA vs NMP, Semifinal 1, T20 Mumbai, LIVE streaming: Teams, time in IST and where to watch on TV and online in India 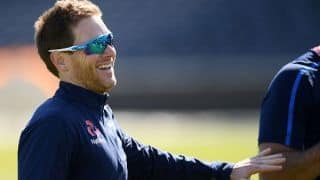 Despite fracture, Morgan expected to be fit for World Cup opener