Domingo says South Africa are among 'seven or eight' favourites that can win ICC World T20.

South Africa coach Russell Domingo has reportedly backed his team as ‘one of the seven or eight’ that can win the ICC World Twenty20, despite the Proteas recent thrashing by Australia in the third T20I to lose the three-match T20 series 2-0.

Domingo has said that there are ‘seven or eight’ teams that can win the T20 World Cup and South Africa is one of them despite his team suffering a six-wicket loss with five overs to spare by Australia in the third match of the three-match T20 series.

According to Sport24, Domingo also said that it is not a ‘bad way’ to go into the tournament because the pressure would not be there of being ‘one of a couple of obvious favourites’ for the World T20.

Domingo also added that T20 cricket has got a lot to do with confidence, but South Africa has been ‘extremely confident’ while playing in a lot of world cups earlier. 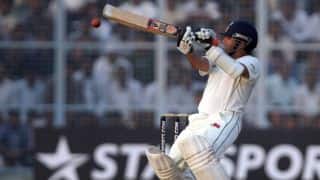 Is domestic cricket in need of complete revamp?