India continued their dominating performance in the third and final Test of a three-match series against South Africa with an innings win.

India continued their dominating performance in the third and final Test of a three-match series against South Africa with an innings win on the fourth day in Ranchi.

Needing two wickets to win, the top-ranked India needed just 12 deliveries to get rid of the remaining batsmen in an innings and 202-run win, their fifth straight win since playing their first match under the ICC World Test Championship.

The win fetched India 40 points and thus their overall tally has now zoomed to 240 points which is a massive 180 points more than the second-placed New Zealand who have 60 points followed by Sri Lanka (60), Australia (56) and England (56) at third, fourth and fifth spot respectively.

On the other hand, South Africa has had a terrible start to their world championship campaign, enduring crushing defeats in first three matches.

They have three defeats from as many games and yet to open their account and are at seventh point ahead of Bangladesh and Pakistan both of which are yet to play their first match of the championship.

This was just the third such occasion that a South African team was whitewashed in a series of three or more Tests since their readmission. 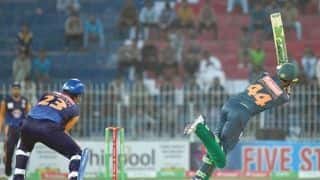 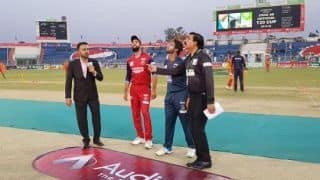