India skipper Virat Kohli, who on Wednesday scored his 43rd ODI century, has wished his fellow Indians on the occasion of the country’s 73rd Independence Day and urged them to “work together towards progress of our country and create the India of our dreams”.

Hours after he starred in India’s six-wicket win over West Indies in the third ODI at Port of Spain, Kohli tweeted on August 15:

Wishing every Indian a Happy Independence Day. Let’s work together towards progress of our country and create the India of our dreams. Jai Hind.

Set a revised target of 255 from 35 overs to beat West Indies, India won with 15 deliveries left with Kohli scoring 114 not out off 99 balls and Shreyas Iyer 65 from 41. Kohli lauded Iyer for his temperament and skill while saying the 24-year-old reminded him of himself from an earlier time.

After going 11 innings without an ODI century, Kohli scored two in a row in series with West Indies to seal India’s 2-0 win.

He entered the chase when Rohit Sharma exited in the third over and saw India through with an unbeaten 114 off 99 balls with support from Iyer’s second straight half-century for India.

“I have been around for a while. Experience counts in pressure situations, understanding where the game is heading and what I need to do in terms of the tempo of the game,” said Kohli. “So, you obviously want to take a lot of pride in stepping up for the team as much as you can and I definitely take a lot of pride in that.

“Two good games with the bat for me, but more importantly we got the result because of my contribution as well, so that always feels much, much better and eventually that’s all that matters when you cross the line and finish the game.” 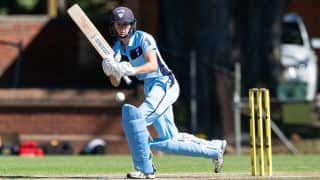 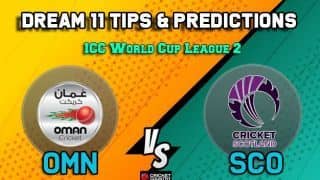