India A take the sweet revenge from Australia A in the final of Quadrangular A-Team One-Day series by beating the hosts comfortably by 57 runs in the final. India A are to credit their bowlers of the win as they set a target of 267, thanks to Mandeep Singh‘s 95 and Manish Pandey‘s 61. It was India A’s spinners who got the better of the hosts, claiming 8 wickets. It was a perfect ending for India A having started the campaign on a horrendous note bundling out for 55. India A came back into the series by registering wins against South Africa A and Cricket Australia’s National Performance Squad (NPS). Yuzvendra Chahal bowled beautifully and took 4 wickets troubling the middle order and lower order batsman.

India A’s spinners Chahal, Axar Patel and part-timer Karun Nair wreaked havoc on Australia A batsmen who have been in good form so far in the tournament. Australia A were off to a good start with Cameron Bancroft and Kurtis Patterson keeping the required run-rate under check. After Patterson’s wicket Nick Maddinson, Peter Handscomb and Alex Ross got off to a start and shared partnerships but could not convert them into big scores. But Australia A suffered a batting collapse losing 6 wickets under 26 runs. Dhawal Kulkarni taking the wicket of Ross can be considered as the turning point of the game and a master-class move from Pandey.

Earlier India lost Karun Nair in the second over only. But Shreyas Iyer and Mandeep shared a 81-run partnership to take India A team out of danger. After Iyer’s wicket skipper Manish Pandey shared a 87-run partnership, keeping their wickets intact. Mandeep fell short of 5 runs from his century. After skipper departed for 61, Kedar Jadhav and Axar Patel took India A to a respectable total. Although, only five boundaries were scored in the last 15 overs, Indian batsmen still managed to score over 100 runs. 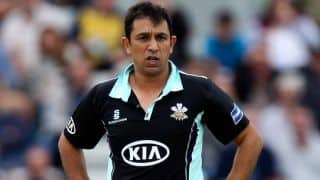 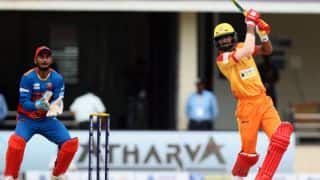