In consecutive innings for India A, KL Rahul has scores of 89 and 81.

Three figures continue to elude KL Rahul, but consecutive scores of 89 and 81 for India A against England Lions have hinted at a return to form.

Last week, opening the innings for India A against England Lions at Wayanad, Rahul scored 89 off 192 balls, hitting 11 fours, in the drawn four-day match.

On Wednesday, opening as India A captain in the second unofficial Test in Mysore, Rahul scored 81 from 166 balls, again with 11 fours.

These two innings – after scores of 13, 42 and 0 in the one-dayers versus England Lions – should have come as balm for Rahul.

Under the watchful gaze of India A coach Rahul Dravid, who last month said he was not too concerned about the batsman’s prolonged Test slump, Rahul has started to find form.

Rahul struggled in 2018, scoring a total of 468 run from 22 Test innings with one century and one fifty. During the Test series win in Australia, he made 57 runs in five innings of which 44 came in one innings. Around that knock which promised so much more, Rahul had scores of 2, 2, 0 and 9. Dropped for the MCG Test, Rahul returned at the SCG and fell in the second over, edging to the slips.

His Karnataka team-mate Mayank Agarwal has seemingly taken one of the opening slots in Tests after 77, 42 and 76 in his three innings in Australia, and with Prithvi Shaw on the mend from injury he could slot back. India next play Tests in the West Indies in August. 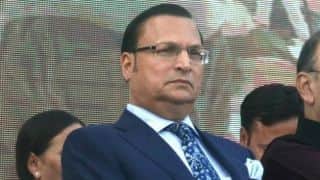 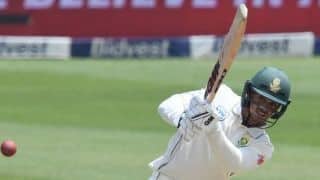