India's T20I squad for the tour of Australia seems like a well balanced unit.

India have announced the Twenty20 International (T20I) squad for the tour of Australia. In news that will be encouraging and heartwarming to hoardes of Indian fans, Yuvraj Singh is set to make a return. MS Dhoni and Virat Kohli as expected will retain their leadership roles of captain and vice captain respectively. Suresh Raina has made it exclusively to the T20I squad and will look to make an impact to stake claim ODI squads in the future. Similarly, Yuvraj Singh will look to use this as a platform to relaunch his once waning career as is the case with his Punjab teammate Harbhajan Singh. ALSO READ: India squad for ODI series of Australia

The squad also sees the inclusion of Hardik Pandya as an exclusive to the T20 side. Mohit Sharma is neither in the T20I or One-Day International (ODI) squad owing to some fitness issues. Mohammed Shami makes a comeback after a lengthy injury lay-off and will be his first international assignment after a vastly successful ICC Cricket World Cup 2015. He will feature in the ODI squad as well. ALSO READ: Ravindra Jadeja makes comeback to India ODI squad for tour of Australia 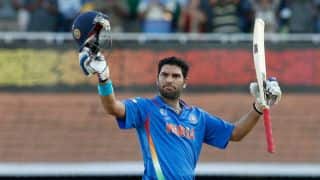 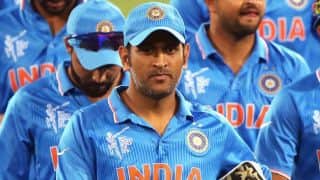