A staff member from Maharashtra Cricket Association (MCA) has claimed that the management had asked them to prepare "rank turner" pitches, helping spinners from the Day One of the Test.

Australia beat India in Pune by 333 runs in the first of the four-Test series at Pune’s Maharashtra Cricket Association Stadium. Steve O Keefe (6 for 35) and Nathan Lyon (4 for 53) dismantled India in the second innings. Additionally, Steve Smith s 18th Test century helped Australia set India a target of 441. At the end of the second day’s play, 24 wickets had fallen. This was the visitors first Test victory in India after 4,502 days. The last time they won a Test in India was in 2004, at Nagpur. The spectacular collapse in the first innings and dropped catches in the second innings were the prime reasons behind India losing the first Test. But there are still some criticisms against the pitch for the loss. Full Cricket Scorecard: India vs Australia 1st Test at at Pune

India has been famous for preparing “minefield pitches” to suit their world-class spinners. A staff member from Maharashtra Cricket Association (MCA) has claimed that the management had asked them to prepare “rank turner” pitches, helping spinners from the Day One of the Test. “When the MCA refused, the senior member of the team management took the issue to the state association curator Pandurang Salgaoncar,” the MCA member told the Indian Express. “The ground staff had been ordered to remove the grass completely. Things were hijacked from the local curators.”

The criticisms for the pitch came in, as it was unveiled before the game. Even Shane Warne described it as the surface of the Mars and compared it to day-eight track. Former England cricketer David Lloyd seemed to agree with him, as he said that “the pitch was not fit to be a Test pitch.”

Australian skipper Steven Smith is happy with the curators for producing a spin-friendly pitch which really helped them take the game in their hands. “It was up to them to prepare a wicket and they prepared a wicket that actually played into our hands. It’ll be interesting to see what they come up with in Bangalore.”

Shane Warne shared similar thoughts regarding the Pune pitch on broadcaster Star. “We know India prepare those pitches that turn,” he said. “But if they take it too much, suddenly it becomes even for both sides. It’s a bit of a lottery. They might have just pushed this a bit too far.”

Indian cricket team had played on much docile surfaces for their T20I and Test undefeated streak at home, especially during the five Test series against England that ended last December. The Indian skipper Virat Kohli has refused to blame the surface for the unfortunate loss against Australia.

“I don’t think it was any different from the turners that we played on in the past. We just didn’t play good cricket,” Kohli said.

“They exploited it better than us. They put us under pressure throughout and deserved to win this game. There are no excuses.”

The next Test match will be held from March 4 to March 8 at M. Chinnaswamy Stadium in Bengaluru. Parvez Rasool hits out at social media trolls; urges them not to include him in politics 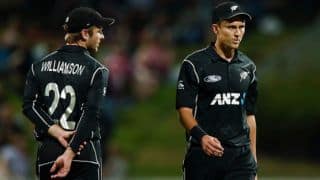