The meeting was pushed back by two days after the CoA changed a long-standing rule.

The national selection committee will meet on Sunday morning in Mumbai to pick the squads for India’s tour of the West Indies.

Originally slated for Friday, the selection committee meeting was postponed by two days after the Supreme Court-appointed Committee of Administrators (CoA) on Thursday decided to change the long-standing BCCI rule that the board secretary is the convenor for all selection discussions.

The CoA, however, handed over that role to the chief of selectors, MSK Prasad, which resulted in the pushback to July 21.

(READ: MSD, ODI No 4, injuries and rotation the dilemmas for BCCI selectors )

As reported by IANS, sources in the know of developments said that it was the COA’s directive which led to a delay in the process.

“The change in the rule announced by the CoA means that the Secretary will not convene the meeting and that is behind the delay as that has led to some complexities which need to be addressed,” a BCCI source was quoted as saying.

Speaking to IANS, a senior BCCI official questioned how the three-member CoA, comprising Vinod Rai, Diana Edulji and Lt Gen Ravi Phodge was not aware of the board’s constitution.

“The new Constitution of the BCCI has been mandated by the Supreme Court and in that regard it is correct that it must be followed. Why did it dawn on the CoA now after nearly about a year since it was registered? What triggered this awakening? Do they not know what is happening in the board?” the official enquired.

India’s series starts with two T20Is in Florida on August 3 and 4 and then moves to the Caribbean for the final T20I on August 6, followed by ODIs on August 8, 11 and 14. Then the teams play two Test matches, from August 22 at North Sound and August 30 in Jamaica. 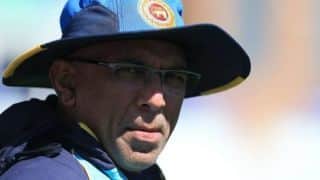 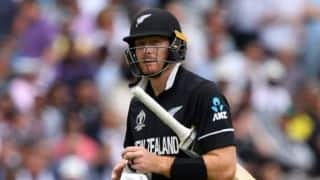