Agarwal was out after scoring 77 runs as he tried to hit one six too many off Nathan Lyon to be holed out to Mitchell Starc at long on.

Bengaluru: India opening batsman Mayank Agarwal‘s coach Irfan Sait is heartbroken that his ward missed out on a century for the second time in the ongoing Test series in Australia, but is happy that he is cementing his place in the team.

“I am heartbroken at his dismissal, but I am happy Mayank has almost cemented his place in the team. Look at his consistency. He has now two half-centuries and a good 42 in the three innings he had played so far Down Under,” Sait told PTI on Thursday.

The Bengaluru lad was out after scoring 77 runs as he tried to hit one six too many off Nathan Lyon to be holed out to Mitchell Starc at long on.

“Once again making an ambitious attempt to repeat a six! I hope he learns from this and eschew such shots in the innings to follow. Nevertheless, I enjoyed watching every single ball he played,” Sait said.

Asked if Agarwal would make way for Prithvi Shaw once the Mumbai youngster returns from injury, Sait said openers who fail to perform should be dropped.

Shaw had to return home after suffering an ankle injury while trying to complete a catch on the boundary during India’s four-day match prior to the Test series.

Agarwal had scored 76 runs in first innings of his debut Test in Melbourne, which helped the Indian middle order to consolidate and put up a huge total of 443 for seven. In the second innings, he top-scored with 42 runs, which proved crucial in India clinching the Melbourne Test. 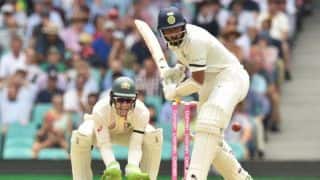 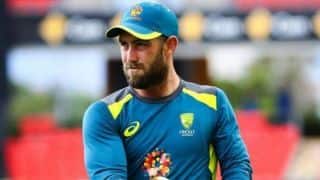