Coulter-Nile is now eyeing a place in the away series in India to stake claim for a spot in the 2019 ICC World Cup squad.

Australia fast-bowler Nathan Coulter-Nile was expecting a call-up for the ODI team for the home series against India. However, national selector Trevor Hohns felt Coulter-Nile s repeated back issues prevented him from being named in the 50-over format. (ALSO READ: Usman Khawaja, Nathan Lyon, Peter Siddle recalled to revamped Australia ODI squad)

According to a report in ESPNCricinfo on Sunday, Coulter-Nile was cleared of any problems following a day after the ODI squad was named. He went on to claim 3 for 25 for Perth Scorchers in the Big Bash League 2018-19.

“I didn’t take [the news] the best, to be honest,” Coulter-Nile told ABC Radio. “I think it was communicated to me really poorly.

“They picked the team before I had a scan to know what was wrong with my back, that’s just when the team was picked to come out.”

Coulter-Nile, who last played an ODI against South Africa in Perth in November last year, is now eyeing a place in the away series in India, to stake claim for a spot in the 2019 ICC World Cup squad. He said that whatever the decision may be, he would like to get a full explanation from the selections.

“I was getting some mixed messages about what was happening – that’s just the way it is,” he said. “I have no issue with being dropped, I just like to get a clear message about why – I was told it was because I had a sore back.

ALSO READ: There s no desperation in the Australian team: Ricky Ponting

“JL [coach Justin Langer] asked me when they were selecting the team, I said I have a sore back, but I haven’t had a scan yet. With my history, it was just better off to check it. I think communication used to be a little bit better – from everyone.”

The issue of poor communication was also highlighted by Australian Cricketers Association (ACA) president Greg Dyer, who reckons that more importance should be given to potential than performance.

“I think from time to time we hear of disquiet around the logic behind particular selections,” Dyer told SEN Radio.

“You hear a lot of disquiet around ‘I just don’t understand what it is that I did or what I didn’t do or what is the basis for what’s happening’.”

India and Australia will lock horns in a three-match ODI series beginning with the first one-dayer on January 12.

Meanwhile, Peter Handscomb, who has been in and out of the Test team, feels communication from the selectors has been good.

“They’ve all been open and honest conversations, which has actually been really good. I’ve been able to push my case with them with some really, really good conversations and they tell me where I stand whether what I need to improve or how they see me in the Test side,” he said. 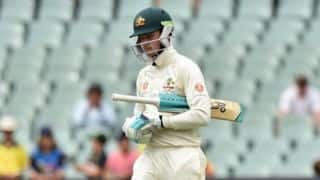 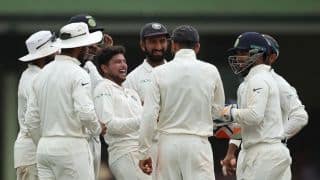