On day one at Adelaide Oval,India lost their sixth wicket with 127 runs on the board. On day two, Australia lost theirs (both are wicketkeepers, but that is a mere coincidence). The difference was that the home side did not have a batsman of Cheteshwar Pujara’s calibre to haul them to 250 … or at least, not yet.

Ishant Sharma’s extraction of Australia skipper Tim Paine during a third consecutive spell of accurate and nagging fast bowling on a second-day Adelaide Oval surface offering little opened up the tail, but Travis Head, in his third Test match, and fully aware of how to bat at his home ground, kept India hunting with a fine 61.

At 191/7, Australia still trail by 59 runs and India need three wickets quickly on Saturday to claim a handy lead.

Ishant had started the innings on a terrific note, bowling Aaron Finch for a third-ball duck in a terrific opening burst of 5-3-6-1, before R Ashwin snared three wickets in an unbroken 22-over spell to have Australia four down at tea. After the break, Jasprit Bumrah emerged a different bowler to the imposter who conceded 24 runs I his first five overs while feeding the batsmen on their pads. Peter Handscomb – the innings’ second-highest scorer with 34 – became frustrated by a series of maiden overs and wafted loosely at Bumrah to hand Rishabh Pant his second catch of the tour. Back came Ishant, and with it came the wicket of Paine who felt for a full ball and edged to Pant.

Head punched Ishant out of the attack with two sumptuous boundary and found an ally in Pat Cummins who faced 47 deliveries in a seventh-wicket alliance of 50 that gnawed away at the deficit. The new ball brought the wicket immediately, Bumrah nipping one into Cummins who review unsuccessfully. Mitchell Starc made 8 off 17 balls to help Head to stumps.

That Bumrah’s figures are 20-9-34-2 after he conceded 24 from his first five indicate the hard yards put in by the bowlers in the last session.

That Australia did not run away was down to some excellent bowling from Ashwin, perhaps the best he has bowled outside of Asia. With Mohammed Shami and Bumrah struggling to gain seam movement or generate good pace in the morning, it was left to Ashwin to try and take wickets on a second-day pitch doing little. Displaying beguiling drift and occasional sharp turn, Ashwin nipped out the debutant Marcus Harris and Australia’s two most-capped batsmen in Usman Khawaja and Shaun Marsh inside 15 overs and kept posing questions of an inexperienced middle order’s technique and temperament.

Ashwin cannot have fond memories of Adelaide Oval, for it was here four years ago that he was benched as a Virat Kohli-led management handed a Test debut to the wristspinner Karn Sharma – a decision which Dean Jones thinks could have cost the India the game. But in a very find outing he collected his second-best figures in a Test in Australia and kept India right in the game.

Ashwin came on after the first hour, bowling from around the stumps, and fourth ball Harris advanced and chipped him over mid-off for three. Harris – with more than a passing resemblance to David Warner – kept stepping out, not always timing his shots. One more swish through mid-off was followed by an authoritative thump over the bowler’s head for four. Then he unfurled a pretty drive along the carpet through the covers for another boundary.

As it turned out, Ashwin got his man with a good piece of bowling. Flight, loop and turn had Harris pressing forward, the edge was taken and Murali Vijay did the rest at silly mid-off.

Ashwin began the afternoon session by getting Marsh for the fifth time in Tests, the left-hander bowled when attempting a drive into the off side. Marsh made two from 19 balls, his fifth consecutive single-digit score in Tests – he made 7,0,3 and 4 in the UAE – to lower his Test batting average this year to 22.78. He has now gone 13 Test innings without a fifty.

Then came the big fish. On 28, Khawaja pushed limply to spinning delivery and was given out when India review the decision, as replays showed the ball had kissed his glove. Khawaja batted 125 balls, the most he has ever faced in an innings which didn’t produce a fifty.

The recalled Handscomb displayed his new batting stance and hit three  boundaries off Mohammed Shami, a top edge over Rishabh Pant followed by a flowing drive past point and a twirl off the pads in what was the costliest over of the innings. After figures of 5-3-5-0, Shami was taken for 12 by Handscomb.

Picked ahead of Mitchell Marsh ostensibly because of his play against spin, Handscomb played himself in only to throw it away. Head converted an uneasy-looking 14 from 44 a tea into a vital innings, one highlighted by crisp driving into the covers and some rasping cut shots. His footwork gained in confidence with each passing over – India wasted a review in the over before lunch when replays showing the ball brushed his thigh – and now Head has to convert his fifty into a hundred like Pujara did. 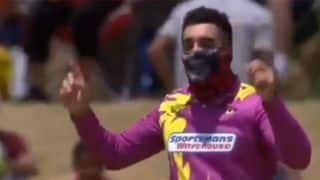 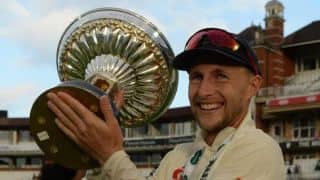