Johnson, who played one Big Bash League match for Perth Scorchers against Hobart Hurricanes last February at the new ground, revealed that the new stadium is impressive.

Former Australia fast bowler Mitchell Johnson believes the pitch at the news Optus Stadium in Perth which is set to host its first Test debut on Friday when the hosts face India in the second Test of the 2019-19 Border Gavaskar Trophy will have a lot of pace and bounce.

“There will be a lot of pace and bounce. The fast bowlers from both teams will have a gala time on this strip which I reckon is the fastest pitch in Australia,” Johnson was quoted as saying by MID-DAY on Wednesday.

The left-arm quick, who played one Big Bash League match for Perth Scorchers against Hobart Hurricanes last February at the new ground, revealed that the new stadium is impressive. He also wondered why the opening Test of the series was not held in Brisbane.

On most occasions, the Gabba plays host to the series opener and Johnson, who has picked 313 wickets in 73 Tests at a stingy economy rate of 3.33, reckons that pitches at Brisbane and Perth always provide an advantage to Australia first up.

ALSO READ: Keep your feet on the ground, don’t get carried away: John Wright to Virat Kohli’s India

Meanwhile, former Australia captain Michael Clarke reckons the new stadium’s pitch won’t be as quick as some of the WACA tracks. Clarke expressed his view during a discussion on Sony Six after the Adelaide Test. Former India captain Sunil Gavaskar indicated that India would welcome pace and bounce too since they have the ammunition.

Another former Australia captain Ricky Ponting has thrown his weight behind the hosts to fire in Perth. “I think Perth will definitely suit our guys a lot more than the Indian players, but the Aussies need to bounce back pretty quickly,” Ponting told cricket.com.au.

ALSO READ: Adelaide Test victory one to savour, but much to ponder for Virat Kohli’s India

“They played pretty poorly this week and got within 30 runs. And that’s not saying India played at their absolute best either, but they’re absolutely capable. There’s some positives to take from it but they’ve also got to take a good hard look at what they have done through this game and make sure they do it a lot better.” he said. 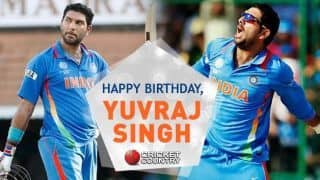