Harris observed Starc clock good speeds during a practice session and felt he was doing fine.

In the immediate aftermath of Australia’s a 31-run defeat in Adelaide this week, one of the criticisms of the home team was the bowling of Starc, the leader of the bowling attack. Despite picking five wickets, Starc, who has struggled with injury, was termed as lacking in energy and discipline in his line with many deliveries drifting on to the leg side for byes.

The former Australia batsman Mark Waugh stated that if Starc does not perform up to expectations in the next Test of the 2018-19 Border Gavaskar Trophy at the new Optus Stadium then the team management will have to rethink their bowling attack for the Boxing Day Test. The former Test skipper Mark Taylor termed Starc’s performance at Adelaide “ordinary”, while Allan Border and Damien Fleming questioned his body language.

However, Harris, who faced Starc during the nets at the WACA centre wicket on Wednesday, said he clocked good speeds and felt he was doing fine.

“Quick,” Harris said when asked how Starc was bowling. “He bowled pretty well. There was obviously a bit of talk about him after the game, but I thought he bowled pretty well during the game. He felt like he was in good rhythm out there before so I’m sure he’s ready and raring to go before Friday.”

A win for India at Optus Stadium will ensure they retain the Border-Gavaskar Trophy. 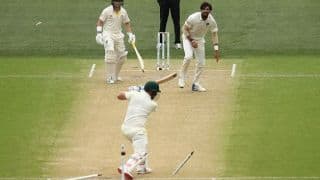 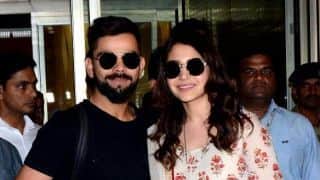 Our fast bowlers are precious commodity: Bharat Arun on Virat Kohli and Anushka Sharma offering seats to pacers on aircraft