Finch reviewed the decision and replays showed that the ball had pitched on leg stump, when it actually bounced on middle stump.

Aaron Finch s lbw dismissal in the third ODI against India at Ranchi on Friday raised many eyebrows on the authenticity and accuracy of the ball-tracking system. The Australia captain was dismissed by Kuldeep Yadav after the left-arm Chinaman bowler got his stock ball to straighten which caught Finch on the backfoot in the 32nd over. (India vs Australia, 3rd ODI: SCORECARD)

The on-field umpire C Shamshuddin ruled the batsman out lbw. Finch reviewed the decision and replays showed that the ball had pitched on leg stump, when it actually bounced on middle stump.

Former Australia batsman Mark Waugh too questioned the accuracy of the ball-tracking system. “Ummm DRS. I ve got no doubt Finchy s LBW was out but I can t see how on the earth that ball was hitting middle stump. Looked at best leg stump,” he wrote on Twitter.

Even if the ball had gone on to hit the stumps, it was a terrible mistake on the part of the ball-tracking technology being used.

Meanwhile, Finch missed out on a century by seven runs, but scored his first fifty-plus score in 22 innings in white-ball cricket since his record-breaking 172 in the Harare T20I. 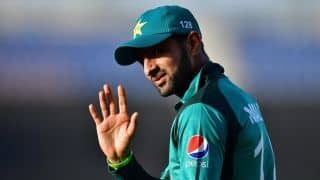 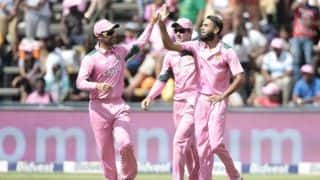