India vs Australia 2019, 3rd ODI, Live streaming: Teams, time in IST, where to watch on TV and online in I

Dhoni, who led Team India to two World Cups, will be playing his fourth ODI at Ranchi.

Ranchi: All eyes will be on Mahendra Singh Dhoni, who possibly might be playing his last international match at home when India face Australia in the third one-day international at the JSCA Stadium in Ranchi on Friday.

Dhoni, who led Team India to two World Cups, will be playing his fourth ODI at Ranchi. In his last three games, India have won one, lost won and rain washed the third match. (ALSO READ: ‘Dhoni should continue after World Cup, Ravindra Jadeja should not be in the side’)

India, leading the five-match series 2-0, will have to iron out top-order issues with Shikhar Dhawan s form under immense scrutiny. Dhawan, who has registered scores of nought and 21 in the previous two ODIs, may make way for KL Rahul, while it is left to see if the think-tank opt to play Rishabh Pant for the under-performing Ambati Rayudu.

India won the previous two matches by six wickets and eight runs in what were close thrillers, and pulling off victories in those matches will certainly add to the confidence to Virat Kohli and Co, who are out to seal the series in Ranchi, which will hold the team in good stead ahead of the ICC World Cup 2019 which begins on May 30.

What: India vs Australia, 3rd ODI 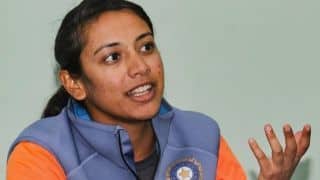