Once again Starc, Josh Hazelwood and Pat Cummins will shoulder the bowling load on an expected pacey wicket, with Nathan Lyon the spin option.

Australia skipper Tim Paine Thursday came to the defence of under-fire Mitchell Starc and Aaron Finch as they were included in an unchanged team for the second India Test despite below-par performances in the defeat in Adelaide.

The home side are gunning to level the four-Test series at the new Perth Stadium from Friday after losing a hard-fought opening Test earlier this week by 31 runs.

Once again Starc, Josh Hazelwood and Pat Cummins will shoulder the bowling load on an expected pacey wicket, with Nathan Lyon the spin option.

There had been speculation that Peter Siddle could replace Starc who had some wayward spells at Adelaide, including a string of costly byes in India’s second innings.

Paine, who has recovered after a delivery in Adelaide smashed into a right finger that has required several operations in the past, said the criticism of Starc was over the top.

“The criticism he has come under this week has been pretty unfair to be honest. I think barring two or three overs in Adelaide where he got his radar a little bit wrong, I thought he bowled really well,” he said.

“I think his best and his worst are getting closer together. I think we’re getting really close to his best and the conditions here are going to suit him down to the ground.”

He added that Starc took the comments personally, and it had fired him up.

“One thing I know about Starcy is that if he cops a bit of criticism he takes it personally and that sometimes gets the best out of him. So I’m pretty pumped to see him go tomorrow or the next day and see what he can produce.”

The selectors also retained Finch to face the new ball alongside rookie Marcus Harris despite his first Test failures and talk that he could move down the order with Usman Khawaja bumped up to opener.

“We encourage all our players to back their strengths and Finchy has been successful at international cricket,” he said.

“He’s like no other player and he just needs that one score to, I suppose, just get that little bit more self-belief that we know he’s got at international one-day and T20 cricket.

“You’re not going to succeed at international cricket unless you stick to your strengths and Finchy knows the best way he goes about his batting and he’ll make sure he keeps trying to do that and if he does he’ll come good for us.”

India have their tails up after a tense win on the fifth day in Adelaide for their first victory on Australian soil in a decade. They now have sights firmly set on a first-ever series win in Australia.

Paine said he had no doubt Virat Kohli’s men would be “coming really hard” in Perth, but Australia would be ready for them.

“They’ve got a sniff of something special, something they’re never done before in Australia so we know it’s going to be another hard-fought, highly-competitive Test,” he said.

“It’s going to be a huge test for our whole group, not just out batters or our bowlers. It’s going to take all eleven of us.” 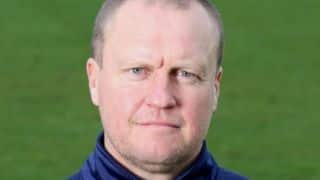 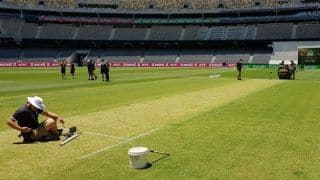