For Bayliss, as challenging for India s batsmen to cope wth swing and seam was England finding ways to play Ashwin.

England coach Trevor Bayliss has admitted that the home team s batsmen have plenty to improve on as they head into the second Test with Virat Kohli’s India at Lord s this week, and that countering the offspin of R Ashwin is a focal point.

Ashwin claimed seven wickets in the first Test at Edgbaston, which England won by 31 runs, and his dismissals of former England captain Alastair Cook – bowled, both times – were among the best the offspinner has taken overseas. His other wickets included Keaton Kennings, Joe Root, Ben Stokes, Jos Buttler and Stuart Broad.

READ: Virat Kohli can score century after 50-day off, others need practice: Gavaskar

For Bayliss, as challenging for India s batsmen to cope wth swing and seam was England finding ways to play Ashwin.

“We’ve got a few guys who are not necessarily cemented in the team – and that puts extra pressure on people like Root, (Jonny) Bairstow and those guys to make the big scores,” he told reporters on Sunday. “I don’t think it’ll be any different for India. The way (Kohli) played (in the first Test) was high-class stuff. (But) if we can put pressure on the other batters in the team, that’s going to add to the pressure on him. When the ball’s moving, we’ve shown that a few of their guys do struggle against it. I’m sure that they’ll be going away working out how they can play it – as we’re working on how to play the offspin.”

READ: How much will England miss Ben Stokes at Lord’s?

For England, only skipper Root (80), Bairstow (70) and young allrounder Sam Curran (63) managed half-centuries at Egbaston. India, meanwhile, were carried by Kohli who scored 200 runs in the defeat compared to 214 from his other ten team-mates.

England slipped to 87/7 in their second innings before Curran, in his second Test, helped revive the innings to 180 which in the end proved match-winning.

“I’d be lying if I said it wasn’t a concern … losing plenty of wickets in quick succession,” admitted Bayliss. “(But) the four innings, there were wickets falling left, right and centre. All batters were in trouble — even Kohli, who I don’t think was all that comfortable early on.”

The second Test between India and England starts Thursday at Lord s. 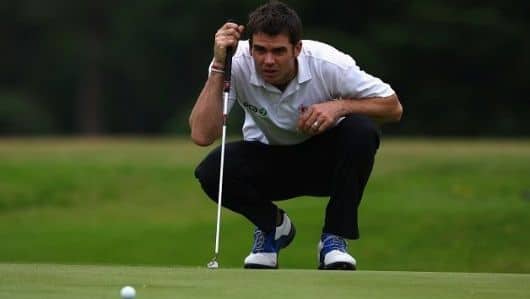