The ECB did not waste time in adding Stokes to the squad for Trent Bridge once he was handed a unanimous not guilty verdict by the Bristol Crown Court.

Hours after he was cleared by the Bristol Crown Court on charges of affray, Ben Stokes has been recalled to England s squad for the third Test against India starting Saturday at Trent Bridge.

Stokes had missed the Lord s Test as he appeared in court, and his place went to Warwickshire allrounder Chris Woakes who was named Man of the Match for scoring his maiden Test century and taking four wickets in an innings victory for England. The England and Wales Cricket Board (ECB) named an unchanged squad for the third Test at Trent Bridge starting Saturday, and in a brief statement said it would review Stokes position following the conclusion of the trial.

As it panned out, the ECB did not waste time in adding Stokes to the squad for Trent Bridge once he was handed a unanimous not guilty verdict after two-and-a-half hours of deliberation by 12-member jury on Tuesday.

“Ben Stokes will now join the England squad for the 3rd Test against India, which starts at Trent Bridge on Saturday,” read the statement from the ECB.

Stokes put the finishing touches on England’s victory in the first Test at Edgbaston, taking 4/40 in India’s second innings as the hosts won by 31 runs. 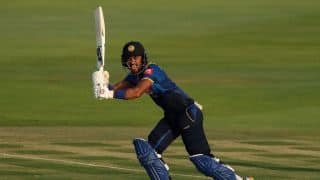 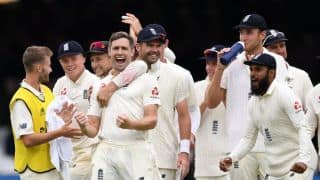