Jos Buttler and James Taylor have played brilliantly taking England from 66/5 to 150 without further loss of wicket in their chase of 201 against India in the sixth One-Day International (ODI) of the series.

England are now in the driver’s seat and only a couple of quick wickets will give India a chance. The team that wins the match will proceed into the finals of the series against Australia. 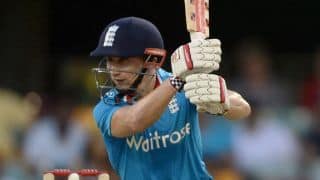