Stuart Binny scored only seven as India are struggling to put a good score.

Stuart Binny was dismissed for seven in the sixth One-Day International (ODI) between India and England at Perth. India are in more trouble now as they are now 153 for six in the 40th over. Binny was trying to help India put up a good score but failed on this occasion. India have been losing their way in this game.

At one stage, India were in a decent spot. But after the 83-run opening stand between Ajinkya Rahane and Shikhar Dhawan, they have been losing wickets at regular intervals in this tough surface and have not been able to build onto the momentum. 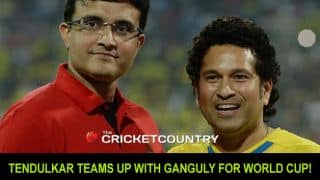 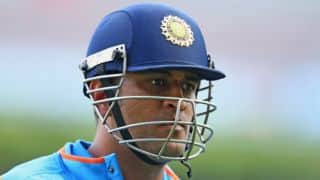