He might still be a “work in progress” but Hardik Pandya could take a cue from Ben Stokes‘ bowling during the ongoing series, which could prove to be a “defining one” in the all-rounder’s career, feels Ian Chappell.

READ: Root not as good a batsman as Virat Kohli- Brearley

The former Australian captain also feels that Pandya should be batting at No 6 in the current line-up.

“India’s search for a seam-bowling allrounder is still a work in progress but Hardik Pandya displayed determination and discipline to go with his undoubted skills in an important partnership with Kohli,” Chappell wrote in his column for ESPNcricinfo.

“Perhaps a move to No 6 would further bolster his batting confidence and if he can also profit from watching Stokes’ efforts with the ball, this could be a defining series for the talented all-rounder,” Chappell assessed.

In his column Chappell paid glowing tribute to Indian captain Virat Kohli, comparing his Edgbaston hundred to Stan McCabe’s epic double hundred during the 1938 Ashes, which even made Sir Don Bradman give a standing ovation.

“Having survived Anderson’s challenging examination Kohli went on to dominate the Indian first innings, scoring 82 of the 91 runs accumulated for the last two wickets.

“It was a similar dominance near the end of Stan McCabe’s glorious double-century at Trent Bridge in 1938 that caused captain Don Bradman to summon his players onto the balcony with the words; “You will never see anything like this again.” Chappell wrote.

Not one to mince his words, Chappell found the slip catching from both teams shoddy.

“Both England and India were sloppy in the slips, with a combination of poor technique and faulty alignment being to blame for the shoddy work. One reason for both sides dropping catches is that the fielders are standing too close to each other, thereby causing confusion,” Chappell, a fantastic slip fielder during his playing days observed.

“Part of England’s success with the ball can be attributed to the increased variety in their attack. The addition of Sam Curran’s vibrant left-arm swing and Stokes’ rejuvenation with the ball made a huge difference to an attack that lacked variety in Australia.” 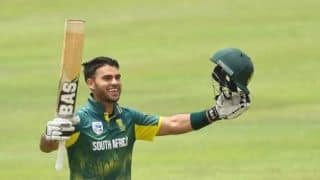