Statistical highlights of Day One of first Test.

Statistical highlights of Day One of the opening Test match between India and New Zealand at Auckland on  Thursday.

# McCullum’s unbeaten knock of 143 is his second hundred as captain. He had posted 113 vs West Indies at Dunedin in December 2013.

# McCullum’s eighth Test century is his third against India. He had scored 115 at Napier in March 2009 and a career-best 225 at Hyderabad in November 2010. He has now posted five hundreds in Tests at home.

# McCullum became the first New Zealand skipper to post a hundred against India at Eden Park, Auckland in Tests.

# Kane Williamson (113 off 172 balls) has recorded his highest Test score in New Zealand, eclipsing his only other century at home — 102 not out vs South Africa at Wellington in March 2012.

# Williamson’s century today is his fifth in Tests and his second against India. On his Test debut vs India, he had posted 131 at Ahmedabad in November 2010.

# Williamson’s splendid century at number three position is the first in almost nine years for New Zealand in Test cricket. Hamish Marshall (160 vs Sri Lanka at Napier in April 2005) was the last to record a ton at this batting position.

# Williamson and McCullum were involved in a stand of 221 — New Zealand’s second highest fourth-wicket stand against India. Jesse Ryder and Ross Taylor had put on 271 at Napier in March 2009 — the highest ever stand for any wicket for New Zealand vs India.

# Two hundreds have been registered in the same Test innings for the second time for New Zealand vs India at Eden Park, Auckland. Andrew Jones (170 not out) and Martin Crowe (113) had scored the hundreds in the second innings in February 1990.

# Number three and five batsmen have registered centuries for the fourth time in a Test innings for New Zealand — the first three occasions being two vs Sri Lanka and one vs West Indies.

# New Zealand (329 for four) have posted 300 or more on the first day of a Test match for the fourth time against India – their highest ever 387 for nine at Auckland in February 1990. 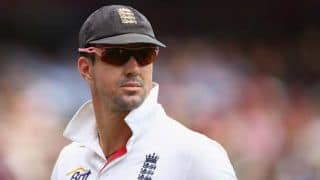 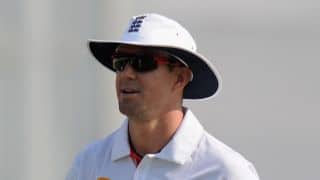