The hosts are down 0-3 but Gary Stead is wary of making changes to the team.

New Zealand coach Gary Stead has reiterated that he will not press the panic button and drop the struggling Blackcaps players for the fourth and fifth ODIs against India, who lead the series 3-0.

Of most concern is New Zealand’s opening pair of Colin Munro and Martin Guptill, who have combined for 79 runs in three matches to extend a run of 14 games without an opening stand of 35. Munro has scores of 8, 31 and 7 at a strike-rate of 77.96 this series, and before this against Sri Lanka he made 13, 87 and 21. In 2018, the left-hand batsman averaged 19.53 in 13 innings. (READ MORE: The key numbers that highlight India being up 3-0 over New Zealand)

Munro s latest failure has made his place in the ODI side almost untenable, but Stead has backed the same combination to see out the week.

“I hope it’s not a problem in the future. We’ve got a very clear plan of how we want to play that won’t change,” he told reporters on Wednesday. “We have to recognise at the moment that the top order aren’t getting as many runs as what we’d like, but also [Mohammed] Shami and [Bhuvneshwar] Kumar have been outstanding with the new ball and really put us under pressure. (READ MORE: Shubman Gill debut looms as New Zealand chase respectability)

“We’ll definitely be looking at the opening positions and considering change, but I’m not 100 per cent sure yet. We haven’t got other openers that are in the squad as such, but we do have other openers who could cover at short notice.”

There is case to promote Tom Latham back to opening, but Stead was wary of removing him from the middle-order role in which he has succeeded.

“Latham could open, he’s done it before, but I think the 3/4/5 [positions] is something that’s been really positive for us over the past year or so. I’m loathe to make too many changes to that after just having three poorer games,” he said.

While the failures of the Black Caps batsmen have taken centre stage this series, it hasn’t exactly been a positive series for the bowlers either. While Stead praised the efforts of the impressive Trent Boult and Mitchell Santner on Monday, the bowling unit have taken just nine wickets in 128 overs. 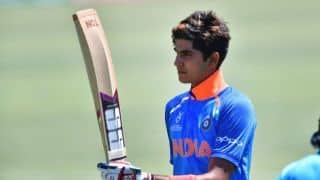 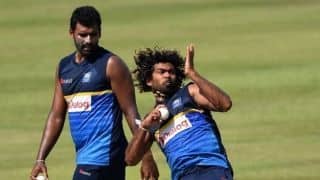